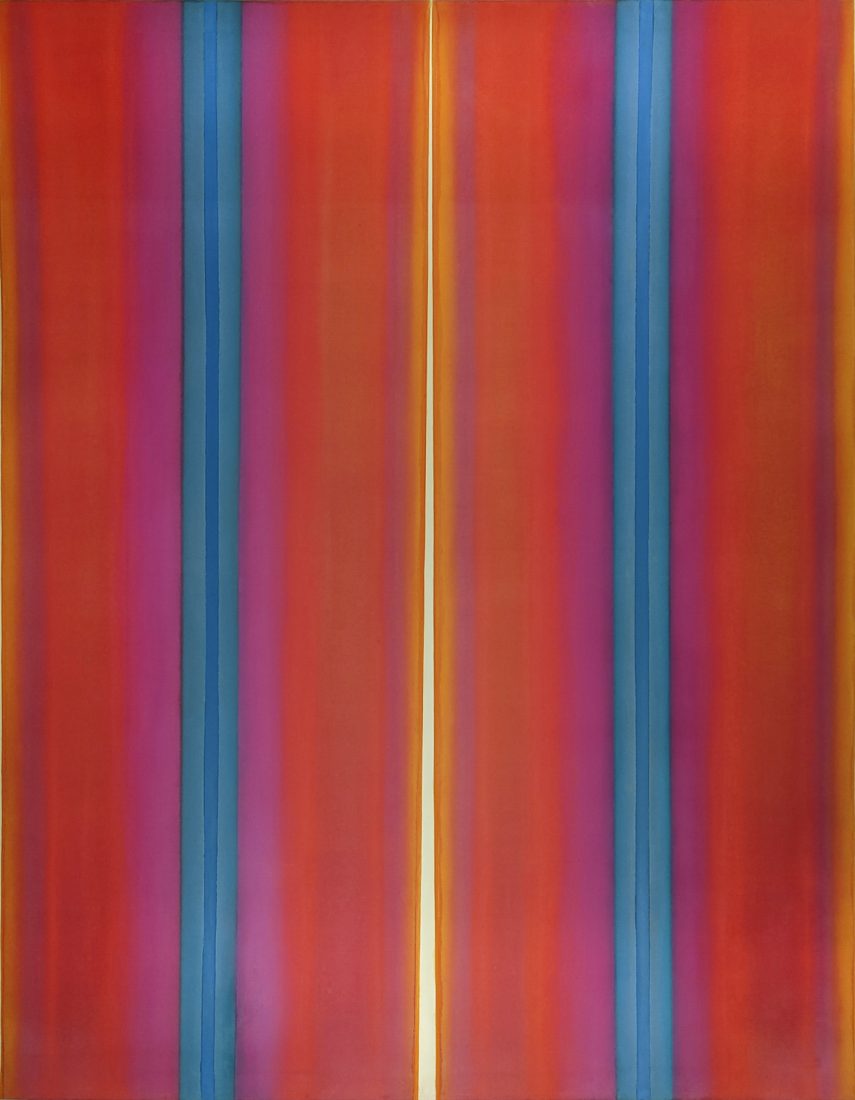 Peyton Wright Gallery is pleased to announce Leon Berkowitz: The Cathedral Paintings, an exhibition of works showcasing Berkowitz’s masterful use of color, line and depth.

The exhibition will open Friday, August 5, 2022 with an opening reception from 5 to 7 p.m. and run through Tuesday, September 6.

He attended the University of Pennsylvania, the Art Students League of New York, the Corcoran College of Art and Design (where he later taught), and the Académie de la Grande Chaumière

By the end of 1966, he embarked on the Cathedrals series.  As art critic Sarah E. Fensom writes,

In these works he “essentialized” the vertical, painting vertical bands of glowing color that seem to surge off the canvas…. In Cathedrals, the bands of color are painted on either side of a thin, cake-sliver-like white triangle. This slender wedge, wrote James F. Pilgrim,… acts as a symbolic light source. Pilgrim wrote, “Light seems to move laterally from this core, creating changes in color intensity,” but he added parenthetically that “the changes actually result from light reflecting through various densities of pigment.” Berkowitz’s real light source was the canvas itself.

Seasons of Ceremonies: Rites and Rituals in Guatemala and Mexico

The Illusive Dimension of Color

Under Glass: Master Works on Paper

Being and Becoming: First and Second Generation Abstract Expressionist Compositions