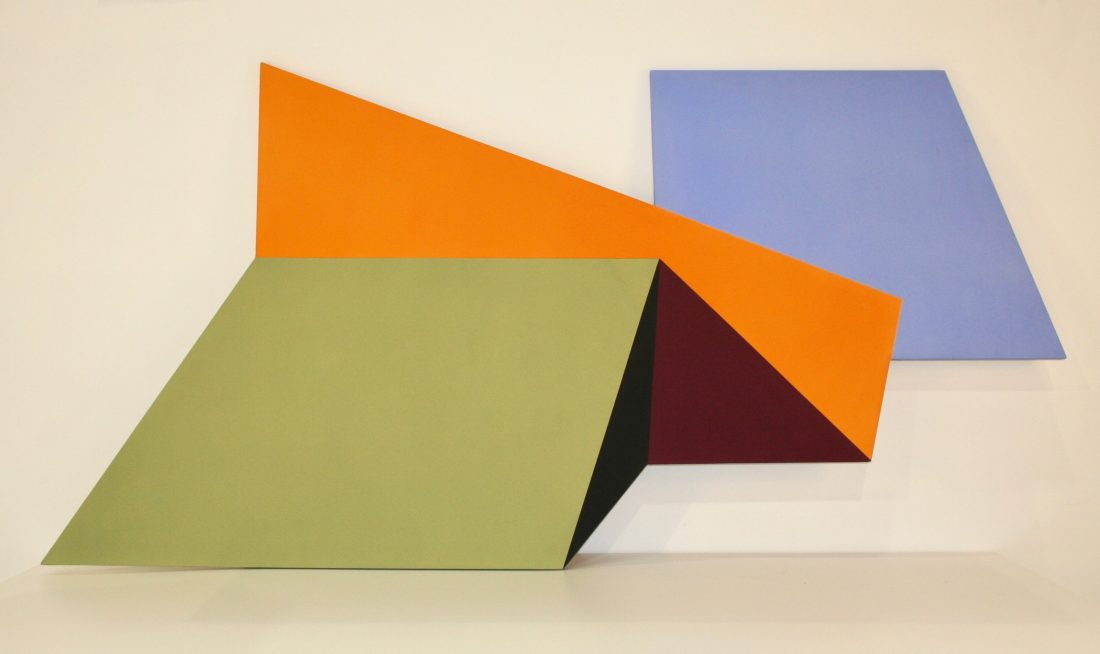 Peyton Wright Gallery is pleased to announce The Shape Shifters, an exploration of paintings by 20th and 21st century artists who work with the shaped canvas. The exhibition will feature works dating from the mid-1960s through the present day. The exhibition will open on Friday, July 7, and will remain on view until August 2. There will be an opening reception on Friday, July 7 from 5-7pm.

The concept of the painting as a discrete view into an illusory three-dimensional space is nearly as old as painting itself. Since the advent of easel painting the employment of standard shapes—rectangles and squares—served to reinforce the perception of a window or portal into a reality beyond that of the object itself. Paintings that deviated from the traditional rectangular and square formats have been around since the Renaissance when arched and round pictures (tondos) became popular, but such variations in form were not intended to affect the conceptual basis of the work.

By the early 20th century modernist painters such as Piet Mondrian had begun to experiment with forms other than the standard 90-degree angle configurations. In the post-War years young artists such as the Italian Lucio Fontana, the English artist Richard Smith, and American painters such as Ellsworth Kelly, Leon Polk Smith, Kenneth Noland, Robert Mangold, Richard Tuttle and Frank Stella started to explore the possibilities of irregularly shaped supports for their abstractions. Their insistence on the painting as a singular two-dimensional object rejected any suggestion of pictorial illusion and the subliminal relation of traditional pictorial formats to landscape (the horizontal rectangle) and portraiture (the vertical rectangle). By 1964, the movement had gained sufficient currency for the Guggenheim Museum in New York to present the exhibition The Shaped Canvas, curated by Lawrence Alloway. The Shape Shifters examines the approaches of six painters to the continuing dialogue between color, form, dimensionality and the relation of viewer and artwork.

Alvin Loving Jr.
Alvin Loving Jr. was an innovative African American artist whose diverse body of work included striking geometric paintings. Just a year after leaving his native Detroit for New York in 1969, Loving was given a solo show at the Whitney Museum. Of the exhibition, Loving later reflected: “My geometric abstractions of this time represented a post-graduate end to my education in western culture and art history. The Whitney show would force me to scramble to find my own non-eclectic position in art.” Throughout his career, Loving developed a recognizably bold style, organizing vivid color into arresting visual arrangements with precision and subtlety. 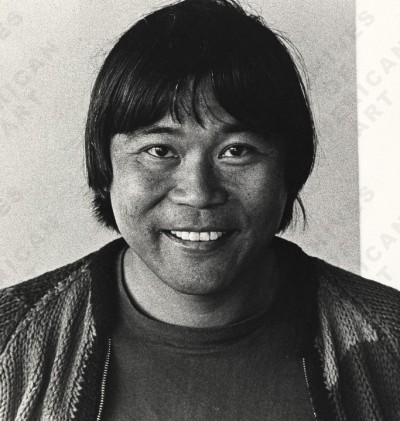 Leo Valledor (1935–1989) was a Filipino-American painter who was a pioneer of the hard-edge painting style. During the 1960s he was a member of the Park Place Gallery in Soho, New York, which exhibited many influential and significant artists of the period. He exhibited in several prominent galleries and museums, such as the Graham Gallery, the San Francisco Museum of Modern Art and the M. H. de Young Memorial Museum. He was the Exhibition Director and teacher at Lone Mountain College. He was a two-time recipient of the National Endowment for the Arts Artist Fellowship Grant, and was a leader of the minimalist movement in the 1970s. 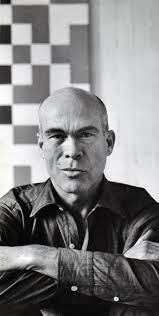 The power in the art of Brancusi and Mondrian had an early and profound effect on Leon Polk Smith who became one of the leading American non-objective color-field precisionists. Smith's success lied in his ability to create works which had a simple, colorful hard-edge presence. His strongest examples of these artistic tenets can be found in his Constellation Series, beginning in 1967.

Native American born artist Leon Polk Smith came to New York City, at 30 years of age, in 1936 to study at Columbia University's Teachers' College. The young artist began his career depicting subjects inspired by life in Oklahoma and New York in an amalgam of Surrealist and Expressionist styles. The power of Brancusi and Mondrian's art was ultimately irresistible to Smith, and in 1945, he began to explore the formal problems inherent in the creation of non-objective art.

Smith shared Mondrian's affection for New York, writing in 1989: "New York City revealed its physical self to me through the mountains and canyons of the Southwest. There were the ups and downs--the high peaks, the in-betweens, or the canyons, and topped with the great dome....I felt the city to be a perfect equation for a great abstraction." (Ratcliff, 1996).

The New York experience was a turning point, and he never looked back. His genius in extending the boundaries of the available geometric tenants truly took hard-edge minimalism to the next level. His free-hand approach, use of diagonals and circles and the abandonment of the European geometricians' grids would "re-invent the purpose of geometric abstraction".

Smith's work is including in the permanent collections of numerous museums including the Guggenheim, the Whitney Museum of American Art, and the National Gallery of Art. 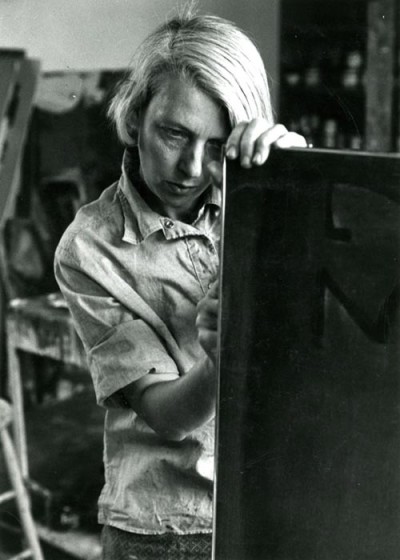 In a 1980 article in Southwest Art, Janet Lippincott addressed who she was as an artist: "Abstract painting is an intellectual process. To be a modern painter and to make a truthful statement is the sum total of all I am and what I am continually striving to create. I am a painter and my paintings are all I can contribute to this world." Working away from the major art centers, Lippincott had a singular devotion to her art - a quest to find a pure expression based in color and form. New Mexico afforded her a place to work independently without the distractions of the New York art scene.

Born in New York into a privileged family, she went to museums with her Aunt Gertrude, a modern dancer. When she saw her first Picasso, Lippincott was hooked, and residing in Paris for a period as a child brought her in contact with the most contemporary movements. At age fifteen, she took a life-drawing class at the Art Students League, where she would later enroll full time.