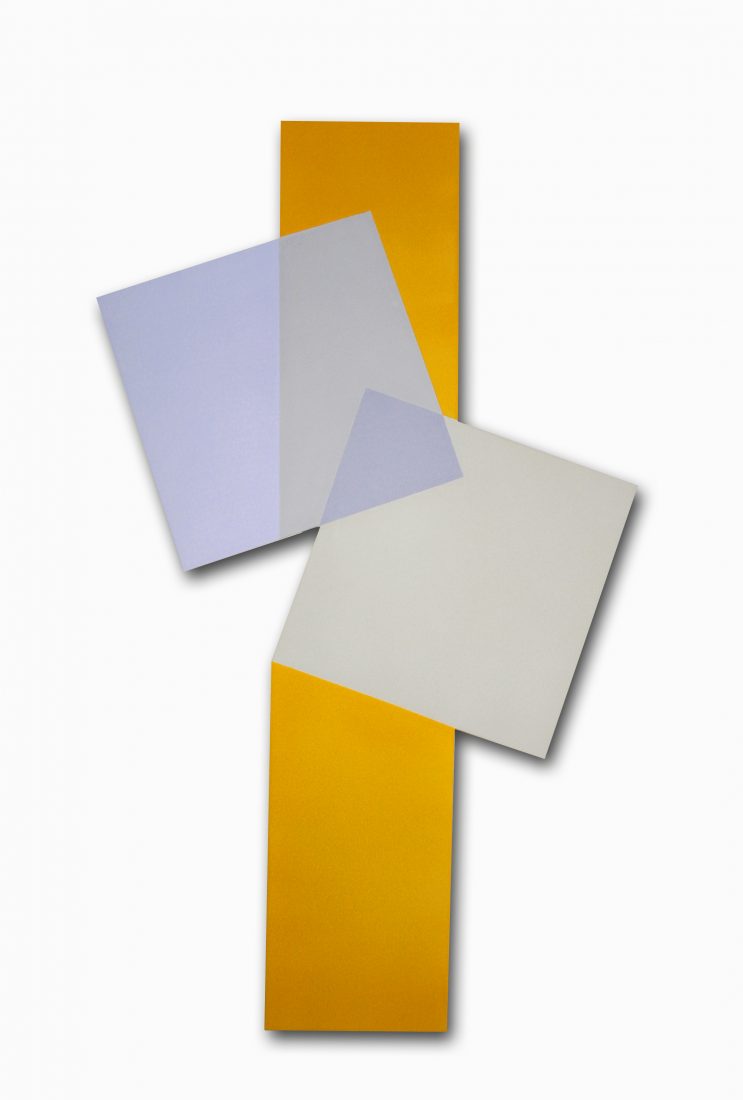 Peyton Wright Gallery is pleased to present The Shape Shifters II, an exploration of paintings by three artists who work with the shaped canvas, Charles Hinman, Angelo di Benedetto, and Mokha Laget. The exhibition will feature works dating from the mid-1960s through the present day. The exhibition will open on Friday, September 6, and will remain on view until September 30. There will be no opening reception.

The concept of the painting as a discrete view into an illusory three-dimensional space is nearly as old as painting itself. Since the advent of easel painting the employment of standard shapes—rectangles and squares—served to reinforce the perception of a window or portal into a reality beyond that of the object itself. Paintings that deviated from the traditional rectangular and square formats have been around since the Renaissance when arched and round pictures (tondos) became popular, but such variations in form were not intended to affect the conceptual basis of the work.

By the early 20th century modernist painters such as Piet Mondrian had begun to experiment with forms other than the standard 90-degree angle configurations. In the post-War years young artists such as the Italian Lucio Fontana, the English artist Richard Smith, and American painters such as Ellsworth Kelly, Leon Polk Smith, Kenneth Noland, Robert Mangold, Richard Tuttle and Frank Stella started to explore the possibilities of irregularly shaped supports for their abstractions. Their insistence on the painting as a singular two-dimensional object rejected any suggestion of pictorial illusion and the subliminal relation of traditional pictorial formats to landscape (the horizontal rectangle) and portraiture (the vertical rectangle). By 1964, the movement had gained sufficient currency for the Guggenheim Museum in New York to present the exhibition The Shaped Canvas, curated by Lawrence Alloway. The Shape Shifters II examines the approaches of three painters to the continuing dialogue between color, form, dimensionality and the relation of viewer and artwork.

Charles Hinman (b. 1932) is a New York native who studied in Syracuse and the Art Students League in New York City in the 1950s. While working as a shop instructor at Woodmere Academy on Long Island in the early 1960s he became skilled in carpentry which allowed him to create complex multi-element armatures for his canvasses. Hinman began extending his work into three dimensions, challenging the distinction between painting and sculpture. His first solo exhibition was presented at the Feigen Gallery in New York in 1964 and his work is included in the collections of the Museum of Modern Art, the Albright-Knox Gallery, the Whitney Museum of American Art and numerous other prestigious institutions in the United States and abroad.

Mokha Laget’s art has been informed by her peripatetic upbringing, spent in Algeria (her birthplace), France and the United States. She settled in the Southwest in the 1990s and her work began to reflect the singular qualities of brilliant light and color that characterize the region. Laget earned her BFA from the Corcoran School of Art and her post-graduate degree in linguistics from Georgetown University, both in Washington, D.C.. During her years in Washington she worked as a professional artist and as a studio assistant to Gene Davis. She describes her work as pushing “the boundaries of complex relationships between color and composition.”

Angelo di Benedetto studied at the Cooper Union Art and the Boston Museum Art School, after which he traveled the country as an itinerant painter. Influenced by Abstract Expressionism of the 40s and 50s, he began to eliminate the image from his work. By the end of the decade, he had decided that “the circle pure and simple was one of the most familiar symbols of mankind and that it metaphored into everything.” For more than three decades he explored the circle in paint, sculpture and shaped canvas. His fascination with the circle also relates to his belief that to effect the dialogue existing between object and maker; the artist must “create archetypal shapes [that have universal appeal], not symbols to reflect simply the intrinsic beauty of the shape itself.”

The Shape Shifters II brings together numerous important movements in abstract post-War art including Abstract Expressionism, hard-edge painting, Minimalism, color-field painting and op art. The shaped canvas movement remains influential into the 21st century and its practitioners continue to explore the expressive possibilities of color, dimension and form freed from the restrictions of the right-angle canvas. 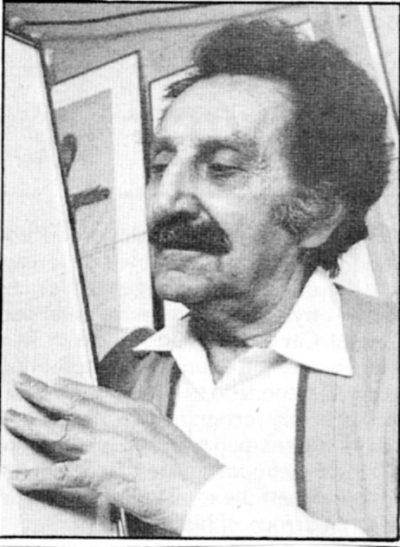