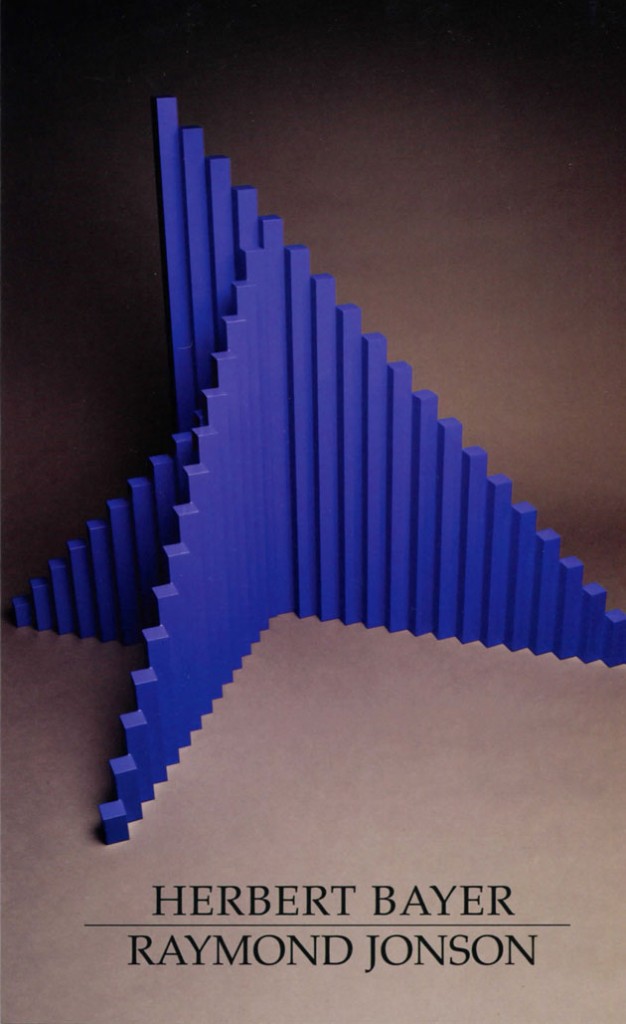 From 1936-1946 the genre of modern abstraction experienced a pronounced shift, when many artists fled and moved to the United States, infusing the renegade American art scene with avant-garde European ideals. Herbert Bayer and Raymond Jonson, have disparate roots; the former a European Bauhaus trained artist who relocated to the States, and the latter an American painter and co-founder of the Transcendental Art Group. Nevertheless, during the post war period both artists produced radically progressive bodies of work while staying ardently true to their personal aesthetics.

Raymond Jonson began to experiment with technique, expanding upon the long-held principles of the Transcendental Painting Group, to develop an approach that was motivated by spontaneity and free from the ties of symbolism. His work exhibits an evolution along a clear path, drawing upon the energy of the times while maintaining a commitment to his refined instincts. Jonson was inspired by the widespread availability of acrylic polymer paints which completely transformed his method of working. His compositions from the post war period are experiments in line and color, and build form from negative space.

In 1950, he founded the Jonson Gallery at UNM – the only space in the southwest where abstract and non-representational work was being exhibited at that time. There, Jonson was able to support and influence the careers of many young modern artists by providing them with a space for their first exhibitions.

True to his Bauhaus pedigree, Herbert Bayer experimented in virtually every medium with impeccable aptitude. After the war, Bayer moved to Colorado and undertook endeavors in sculpture, architecture, lithography, mural painting, photomontage, typography, graphic design, earthworks, environmental art, abstract and surrealist painting. Bayer did not see a separation between fine and applied art, and positioned his work in a world caught between nature and industrialization.”My work seen in its totality is a statement about the integration of the contemporary artist into an industrial society.”

Bayer’s artistic contributions, whether in the realm of fine or graphic arts, always attempted to bring logic, clarity, and beauty to the world. “I don’t see the artist as an outsider. I think he has responsibilities towards his nation and his environment. The artist is the only one who can solve problems of a visual nature – and there are so many problems in visual nature today.”

Peyton Wright Gallery is the exclusive representative of the Herbert Bayer and the Raymond Jonson Estates.