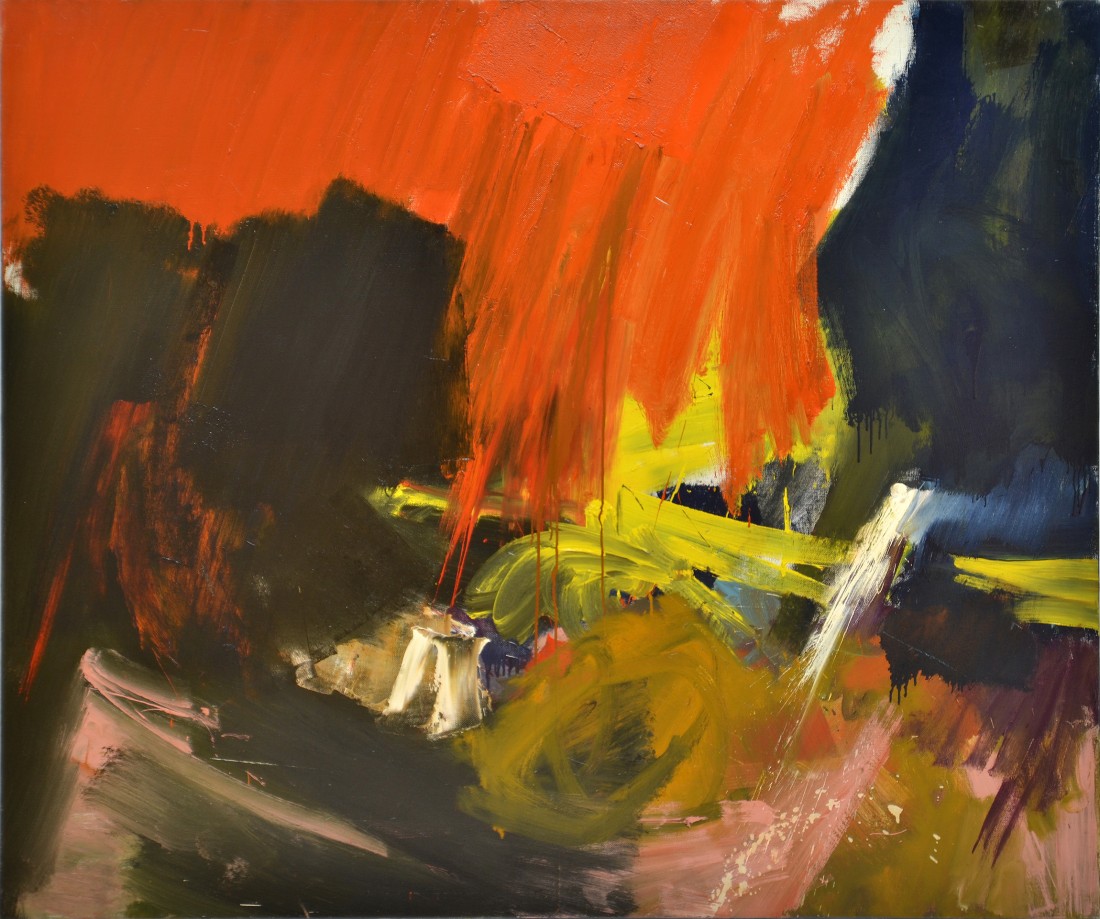 Art Brenner (1924-2013) produced a significant body of paintings early in his career, prior to turning to sculpture. These recently discovered works were created in the 1950s and 60s, and reflect the Abstract Expressionist movement of the time. Though clearly part of one oeuvre, his style is difficult to pigeonhole. There is clearly a spatial sensibility to his canvases, but his color is careful, and unflinchingly unique. His works from that period are gestural, with controlled, but choppy swaths of color, whispering, interrupting each other, and creating a vibrant plane of conversation on the canvas. Though they are reminiscent of many other painters of the time, such as Joan Mitchell, Michael Goldberg, Norman Bluhm, Edward Dugmore, John Grillo and Alma Thomas among others, Brenner brought a spatial awareness that was a departure point for his future years and later devotion to sculpture.