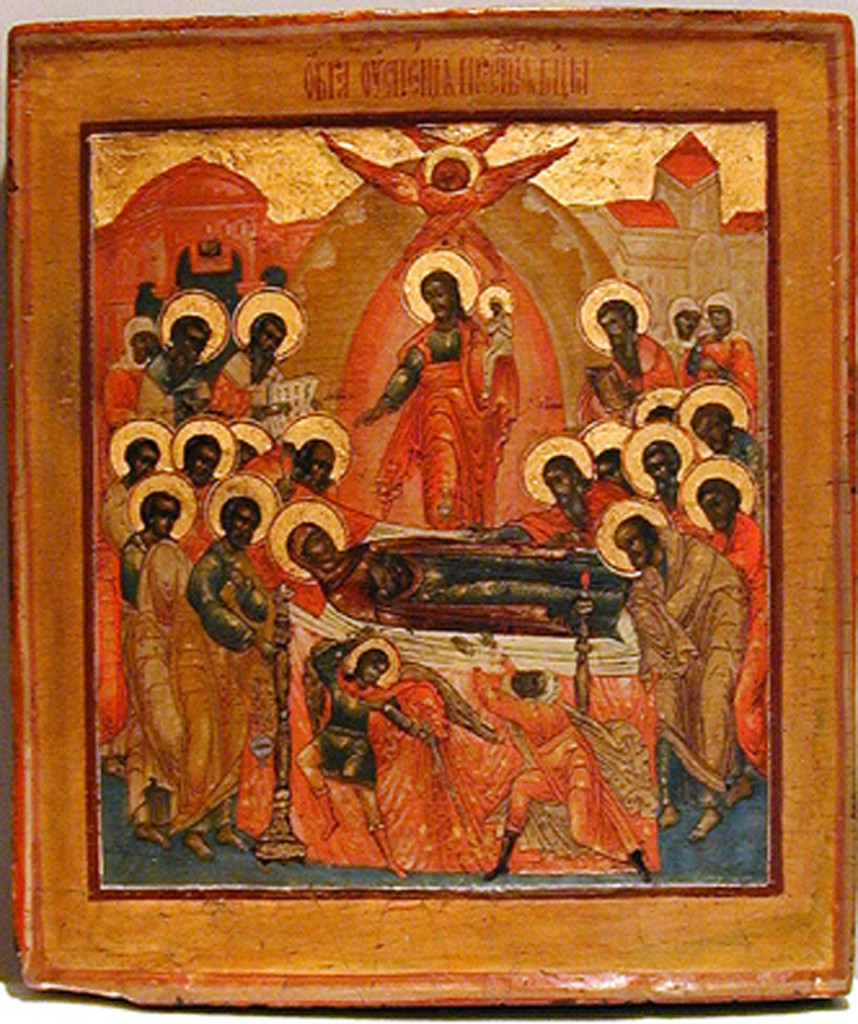 Inquire Enlarge
The Dormition of the Mother of God
ca. 1675
11.75" x 10"
Icons, wood, linen, gesso, goldleaf, egg tempera, varnish
Region: Russia
Likely from Northern Russia and following the Byzantine tradition, all twelve apostles stand grieving to the right and left of Mayr's deathbed. Unseen by them, Christ holds the soul of his mother as an infant on his arm, to carry her to heaven with the accompanying angels. Above his head hovers a seraph (angelic being) in an aureole (a circle of brightness). In front of an architectural backdrop are grouped three bishops: Dionysius the Pseudo-Areopagite, Hierotheus, and Timothy, presumably disciple of Paul, who are supposed to have been the first to make her Assumption into heaven known. In the foreground at the edge of the icon is the depiction of the legend of the Hebrew Jechoniah trying to overturn Mary's catafalqaue--the wooden support for her coffin. The scene is exquisitely captured in warm reds, golds, and oranges that highlight the brightly burnished gold leaf in the halos and the sky.