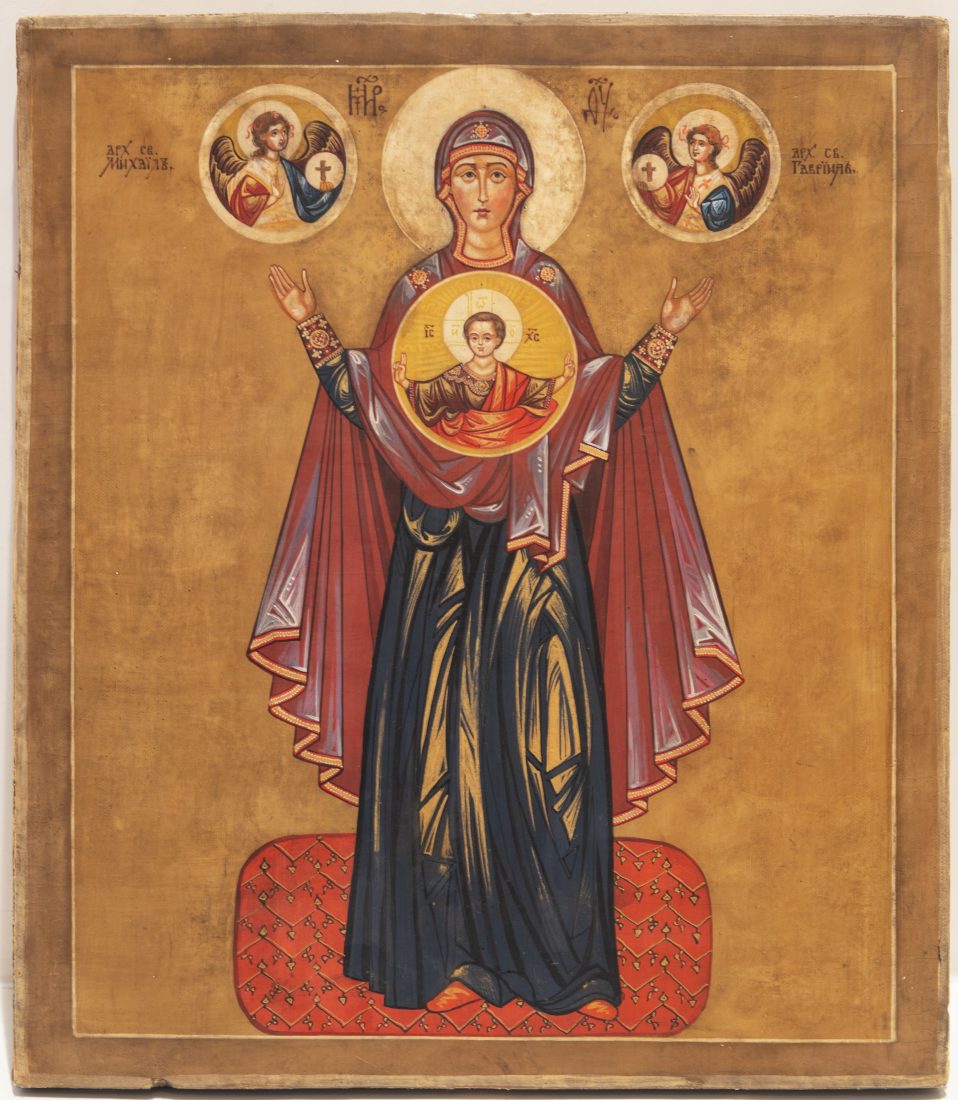 Inquire Enlarge
Our Lady of the Sign
ca. 1800
16" x 14"
Icons, wood, linen, gesso, goldleaf, egg tempera, varnish
Region: Russia
The icon depicts the Theotokos during the Annunciation at the moment of saying, "May it be done to me according to your word."(Luke 1:38). The image of the Christ child represents him at the moment of his conception in the womb of the Virgin. He is depicted not as a fetus, but rather vested in divine robes, and often holding a scroll, symbolic of his role as teacher. Sometimes his robes are gold or white, symbolizing divine glory; sometimes they are blue and red, symbolizing the two natures of Christ. His face is depicted as that of an old man, indicating the Christian teaching that he was at one and the same time both a fully human infant and fully the eternal God, one of the Trinity. His right hand is raised in blessing.

The term Virgin of the Sign or Our Lady of the Sign is a reference to the prophecy of Isaiah 7:14: "Therefore the Lord himself shall give you a sign; Behold, a virgin shall conceive, and bear a son, and shall call his name Immanuel". Such an image is often placed in the apse of the sanctuary of an Orthodox church above the Holy Table.