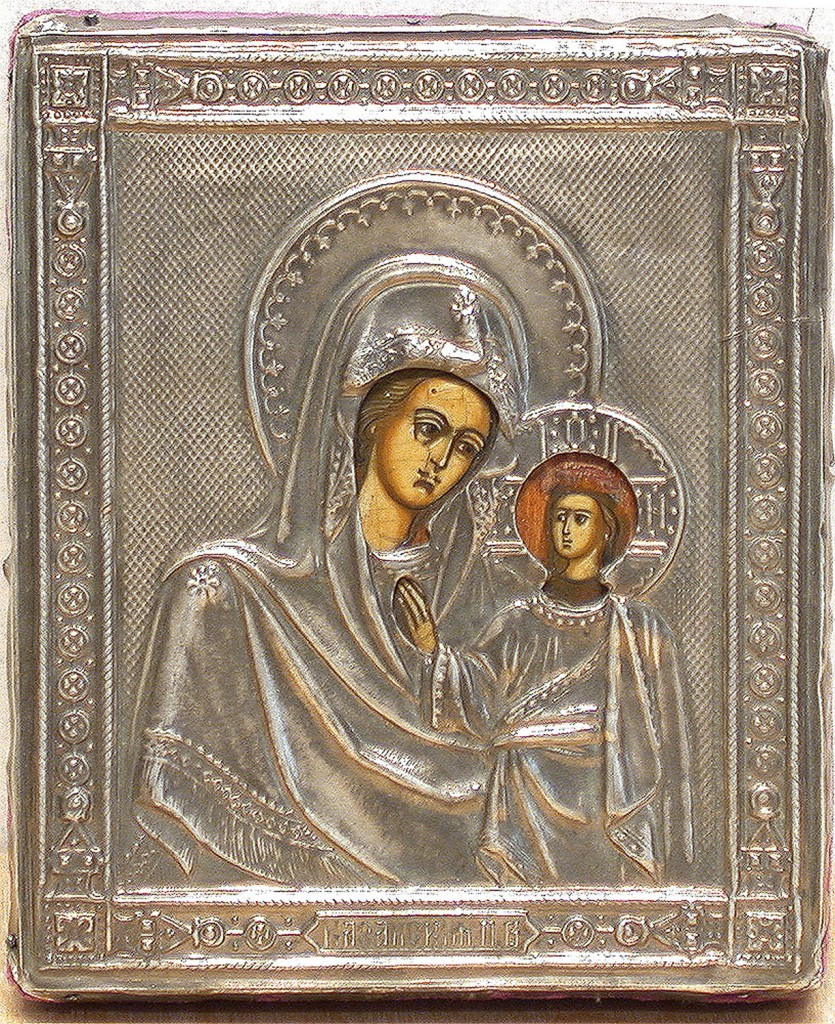 Inquire Enlarge
Lady of Kazan with Christ
1873
5.25" x 4.5"
Icons, wood, gesso, gold, tempera, varnish and silver
Region: Russia
Our Lady of Kazan was a holy icon of the highest stature within the Russian Orthodox Church, representing the Virgin Mary as the protector and patroness of the city of Kazan. According to legend, the original icon was originally acquired from Constantinople, lost in 1438, and miraculously recovered in pristine state over 140 years later in 1579. Being one of the most popular images, Our Lady of Kazan is known as the Protectress of Russia, and numerous churches throughout the land have made their own versions such as this one. Feast days of Our Lady of Kazan are July 21, and November 4 (which is also the Russian Day of National Unity).