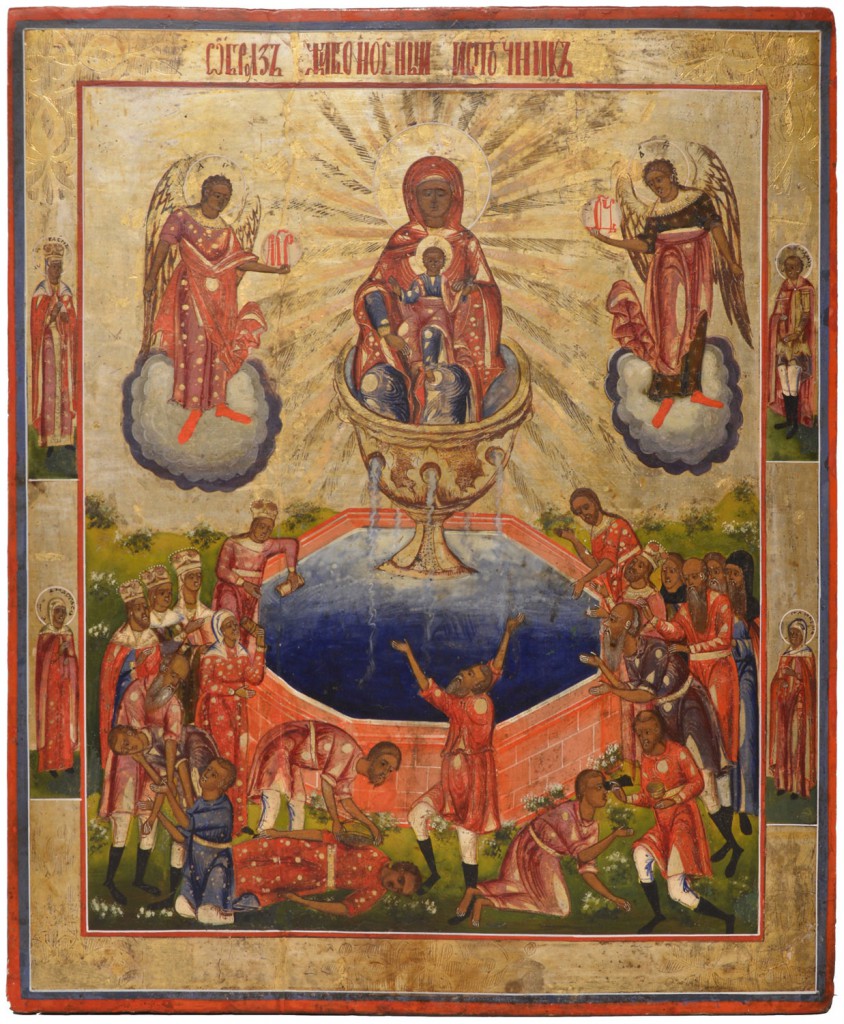 Inquire Enlarge
Mother of God of the Lifegiving Spring
Ca. 1775
17.5" x 14.5"
Icons, wood, linen, gesso, goldleaf, egg tempera and varnish
Region: Russia
The traditional account surrounding the feast of the Life-Giving Spring is recorded by Nikephoros Kallistos Xanthopoulos, the last of the Greek ecclesiastical historians, who flourished around 1320. It begins with a miracle that occurred involving a soldier named Leo Marcellus, the future Byzantine Emperor Leo I. On April 4, 450, as Leo was passing by the grove, he came across a blind man who had become lost. Leo took pity on him, led him to the pathway, seated him in the shade and began to search for water to give the thirsty man. Leo heard a voice say to him, "Do not trouble yourself, Leo, to look for water elsewhere, it is right here!" Looking about, he could see no one, and neither could he see any water.

Then he heard the voice again, "Leo, Emperor, go into the grove, take the water which you will find and give it to the thirsty man. Then take the mud [from the stream] and put it on the blind man's eyes.... And build a temple [church] here ... that all who come here will find answers to their petitions."

Leo did as he was told, and when the blind man's eyes were anointed he regained his sight.

After his accession to the throne, the Emperor erected a magnificent church on this site, dedicated to the Theotokos, and the water continued to work miraculous cures, as well as resurrections from the dead, through the intercession of the Theotokos, and therefore it is called "The Life-Giving Spring."