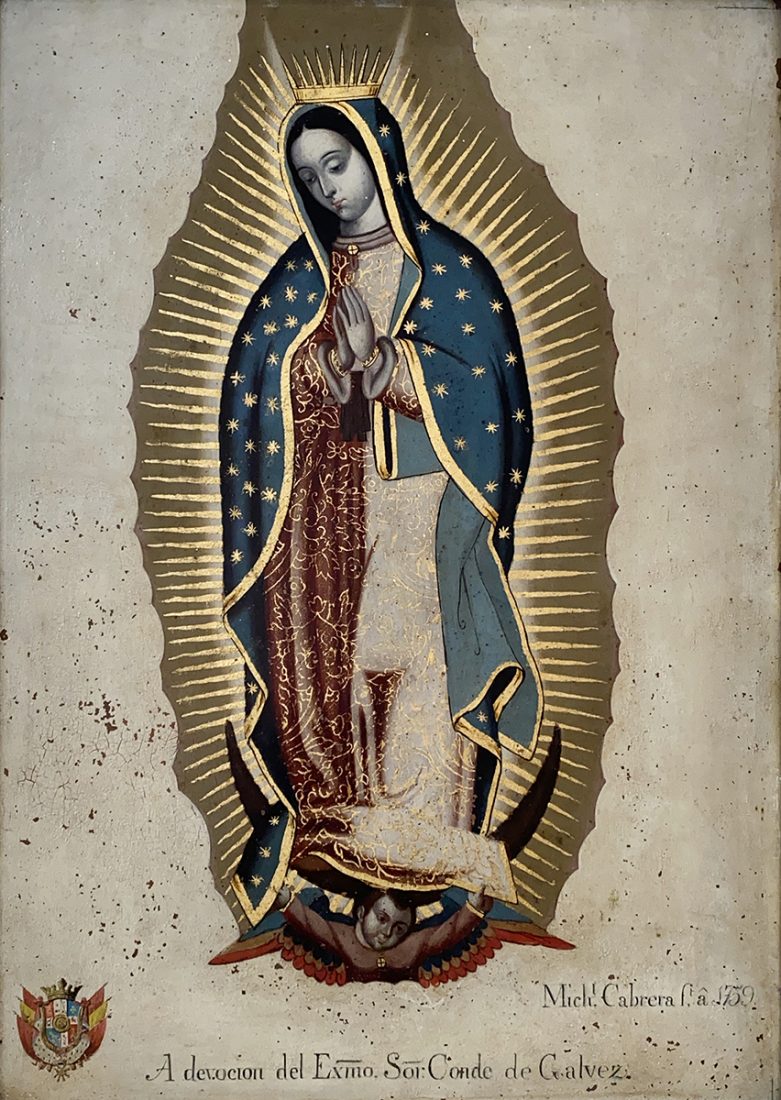 Miguel Mateo Maldonado y Cabrera
Miguel Mateo Maldonado y Cabrera (1695-1768) was an indigenous Zapotec painter during the Vice Royalty of New Spain, today's Mexico. During his lifetime, he was recognized as the greatest painter in all of New Spain. He was born in Antequera, today's Oaxaca, Oaxaca, and moved to Mexico City in 1719. He may have studied under the Rodríguez Juárez brothers or José de Ibarra. Cabrera was a favorite painter of the Archbishop and of the Jesuit order, which earned him many commissions. His work was influenced by Bartolomé Estéban Murillo and the French painting of his time. In 1753, he founded the second Academy of Painting in Mexico City and served as its director.

While Cabrera is most famous for his "Casta" paintings and his portrait of the poet Sor Juana, he also executed one of the first portraits of San Juan Diego. In 1756 he created an important early study of the icon of Our Lady of Guadalupe titled "Maravilla americana y conjunto de raras maravillas observadas con la dirección de las reglas del arte de la pintura" ("American marvel and ensemble of rare wonders observed with the direction of the rules of the art of painting", often referred to in English simply as American Marvel).

In the 19th century, the writer José Bernardo Couto called him "the personification of the great artist and of the painter par excellence; and a century after his death the supremacy which he knew how to merit remains intact." His remains are interred at the Church of Santa Inés in Mexico City. His works are found in private and public collections around the world, including Los Angeles County Museum of Art, the Brooklyn Museum, the Denver Art Museum, and the Museum Nacional de Historia, Mexico City.