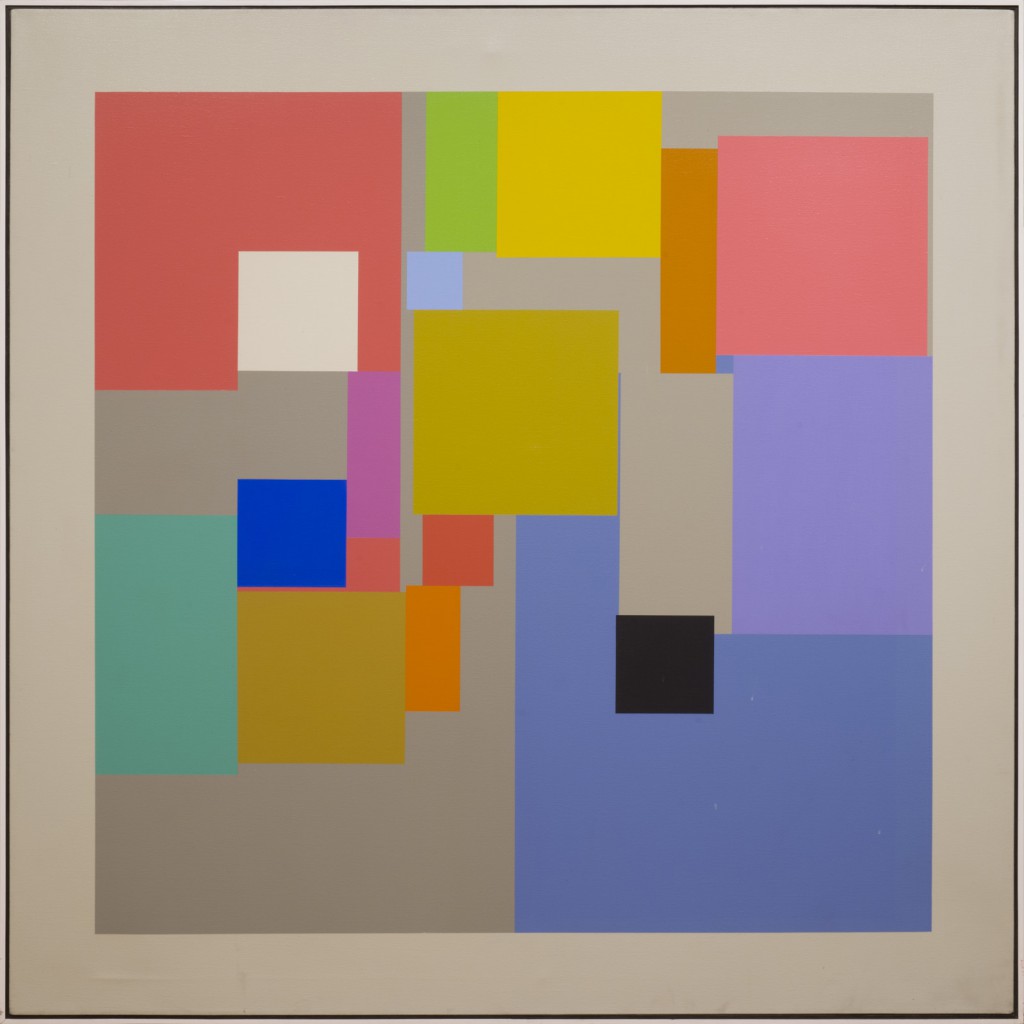 Robert Slutzky
A painter and also an art educator who explored connections between painting and architecture, Robert Slutzky was keenly interested in questions of visual perception and poetics. For many years, he was a professor of art and architecture at Cooper Union for the Advancement of Science and Art in New York City. In later years he taught at the University of Pennsylvania.

Anthony Vidler, former dean of Cooper Union's architecture school, said of him: "Slutzky was a natural person to teach art and concepts of color and concepts of space to architects, because he could read them in painting." In his abstract geometric paintings, he focused on relationships between color and form, proportion and composition.

Robert Slutzky was born in Brooklyn. After earning a certificate of art in 1951 from Cooper Union, he studied with Josef Albers at Yale University, where he earned an M.F.A. in 1954. His first job after art school was teaching architecture at the University of Texas, where he co-authored two seminal essays entitled "Transparency: Literal and Phenomenal" with the architectural historian Colin Rowe. Initially published in 1964 and subsequently translated into several foreign languages, the essays challenged the bland and formulaic glass boxes of the International Style, calling for a richer and more complex visual language of modern architecture.

As a painter, Mr. Slutzky was intimately concerned with color and structure, and with the contrapuntal, almost musical, relation between the two. His abstract compositions of vividly colored squares, grids and lines arranged in perfect geometric balance were a kind of two-dimensional architecture, reflecting the influence of both Mondrian and Albers.

Reviewing an exhibition of Mr. Slutzky's work in The New York Times in 1975, Hilton Kramer wrote: "Mr. Slutzky works within the strict pictorial conventions of geometrical abstraction, which, in his hands, is a medium of lyric improvisation. Everything here depends on proportion and placement, on the weight and intensity of color, and thus on delicacy of feeling."

In Mr. Slutzky's later work, hard edges at times gave way to looser brushwork, but the dialogue between color and structure remained paramount. His paintings are found in the permanent collections of many museums, including the Whitney Museum of American Art, the Yale University Art Gallery and the Philadelphia Museum of Art.


view all works by Robert Slutzky