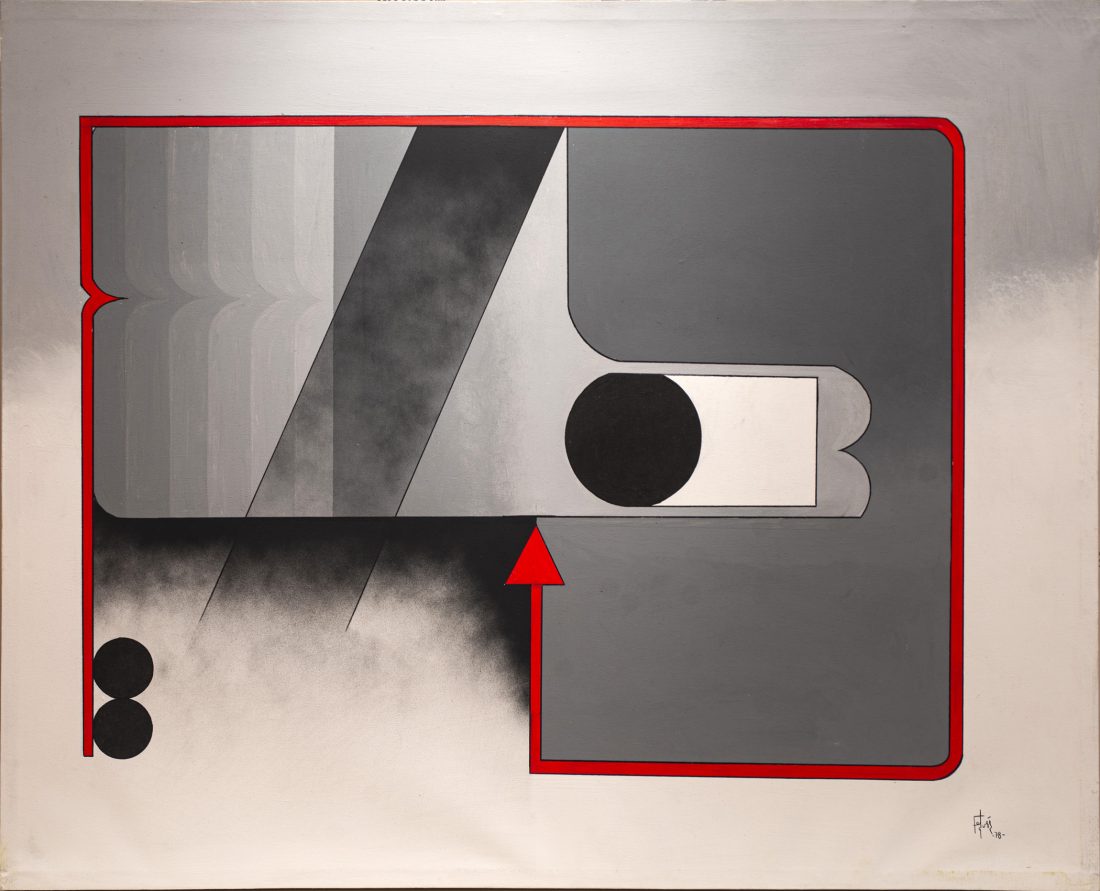 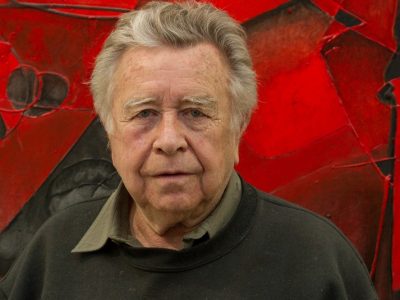 Manuel Felguérez was perhaps one of the most accomplished Mexican abstract artists of the 20th Century. Born at the Hacienda de San Agustin del Vergel in the town of Valparaíso, Zacatecas, in 1928. These were the times after the Mexican Revolution when there were still uprisings by small guerrillas and land ownership was nothing less than chaotic. Having to defend their land by way of armed force, the family decided, for safety reasons, to move to Mexico City where his father died a year later.

In 1947 he traveled to Europe where he had his first real and meaningful contact with art. He returned to Mexico and enrolled at the Academia de San Carlos but couldn't fit in with the program so he decided to go back to France. In Paris he started studying at the Académie de la Grande Chaumière under the famous Russian sculptor Ossip Zadkine. During his time in Paris he met the painter Lilia Carrillo who would become his wife in 1960. He went back to Mexico City in 1951 to study at the Escuela de Pintura y Escultura La Esmeralda under the direction of Francisco Zúñiga, but once again returned to France in 1954 with the help of a grant that the French Government awarded him to study at the Académie Colarossi. It was that same year that he had his first solo exhibition.

He was a professor at Cornell University, at the Universidad Iberoamericana, member of the Comite de Artistas e Intelectuales of the student movement of 1968, and professor of Design and Investigacion Visual at the Universidad Nacional Autónoma de México (UNAM). In the early 60's Felguérez was commissioned to make more than 30 murals for public and private institutions. According to writer Octavio Paz "Manuel Felguérez created a new muralism movement where painting is joined with sculpture". Charging as little as possible to survive Felguérez created all those works in an effort to be recognized nationally and internationally as an artist. When his strategy finally paid off he closed the workshop and opened a studio to focus on painting.

In 1974, five years after suffering an aneurysm which left her paralyzed, his wife Lilia died. The widower would later remarry the ex wife of Juan García Ponce, Mercedes Oteyza.

He was inducted to the Academia de las Artes in 1973 and received the Grand Prize at the XIII Biennial in Sao Paolo in 1975, the same year he was awarded the Guggenheim Fellowship while he worked as an investigator at Harvard University. He received the Premio Nacional de las Artes in 1988 and in 1993 he was named Emeritus Creator by President Carlos Salinas.

Manuel Felguérez, avid collector of all sorts of objects, taxidermist, anthropologist, teacher, investigator and master artist returned to his home in Valparaíso, Zacatecas, 60 years after his family fled the Hacienda. This time he was invited to visit the Casa de la Cultura that was named in his honor. He lived and worked in Mexico City and Puerto Vallarta.

The Museo de Arte Abstracto Manuel Felguérez was opened in 1998 in the city of Zacatecas.The permanent collection contains about 100 works by the artist from throughout his long career, as well more than 110 pieces by Mexican and international abstract artists.

view all works by Manuel Felguérez