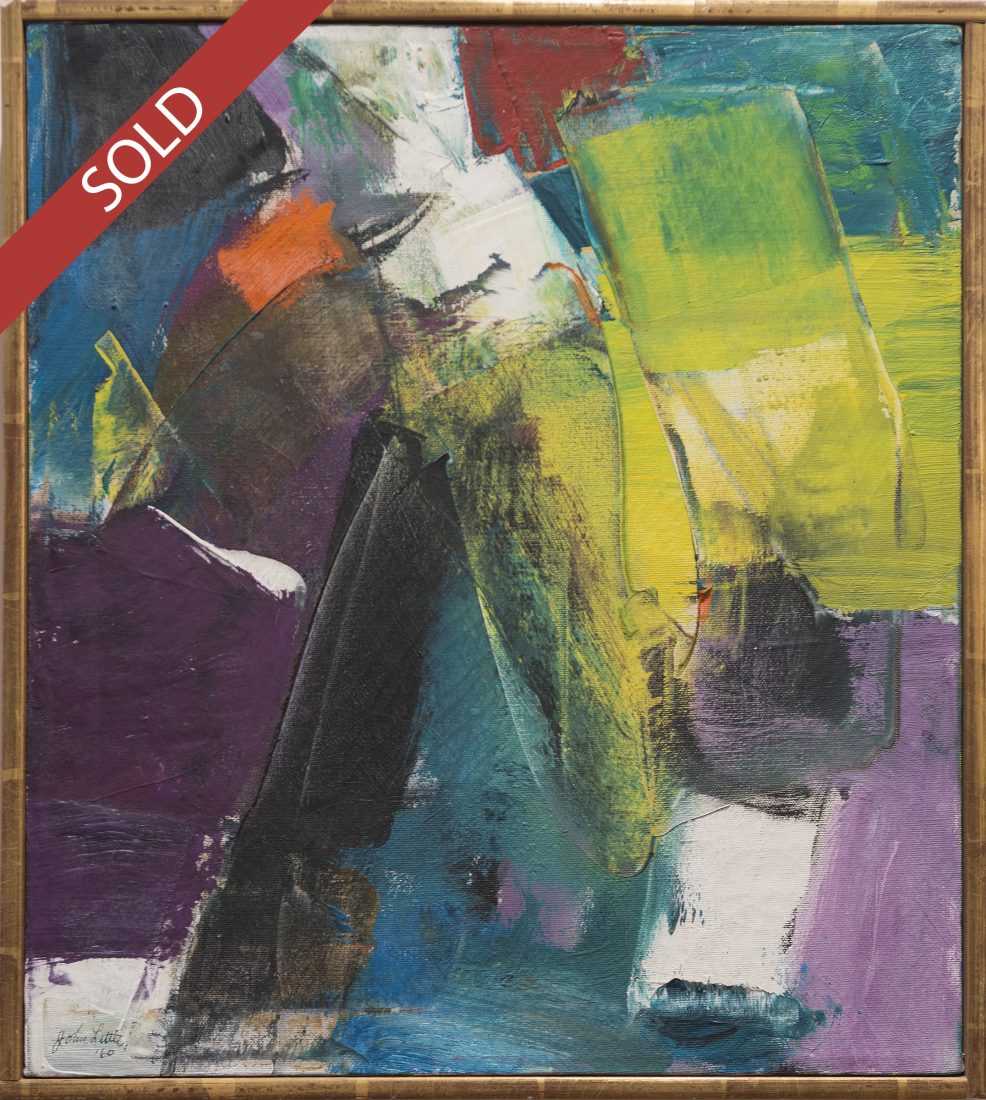 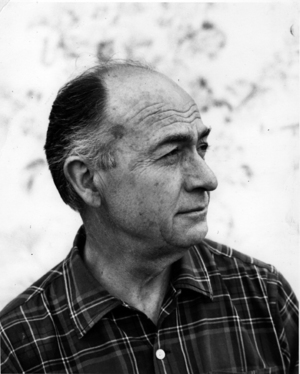 John Little was born in 1907 in Alabama and as a teenager attended the Buffalo Fine Arts academy from 1924 to 1927. Soon after he moved to New York, where he began operatic vocal training and opened what became a very successful textile business designing fabric and wallpaper. In 1933 he began classes at the Art Students League with George Grosz, painting mainly Cezannesque landscapes. In 1937 he started working with Hans Hofmann in both New York and Provincetown, which pushed him towards abstraction and his first serious involvement as a painter. At Hofmann’s school he met artists such as Lee Krasner, George McNeil, Gerome Kamrowski, Giorgio Cavallon and Perle Fine. In 1942 he went into the service as a navy aerial photographer.After the war he returned to New York and, with nowhere to stay, moved into Hans Hofmann’s 8th Street studio where his neighbors were Lee Krasner and Jackson Pollock. The paintings of the late 1940s reveal great experimentation and a growing interest in both Surrealist automatism, Picasso, and the theories of Hans Hofmann. In 1946 Little was given his first one-man show at the California Palace of the Legion of Honor in San Francisco with a follow-up solo show at Betty Parsons in 1948. In the early 1950s Little abandoned the flat, linear style of the 40s with new works painted in thick, gestural buildup of paint. He also began a series of constructions created from driftwood and beach-combing detritus. In 1951 he moved to East Hampton, where he maintained a closed friendship with Pollock - the two had a joint exhibition in 1955 at Guild Hall. In 1957 Little helped found the Signa Gallery, an important outpost in East Hampton for the growing New York art scene and host to many influential exhibitions. Little continued to actively exhibit until his death in 1984.Little had solo exhibitions at, among others, Betty Parsons Gallery in 1948, Bertha Schaefer Gallery in 1957 and 1958, Worth Ryder Gallery in 1963, A.M. Sachs Gallery in 1971 and a retrospective at the Guild Hall Museum in 1982. His work is part of the permanent collections of The Metropolitan Museum of Art, The Guild Hall Museum, Ball State University Museum of Art and Galerie Beyeler among others.

view all works by John Little