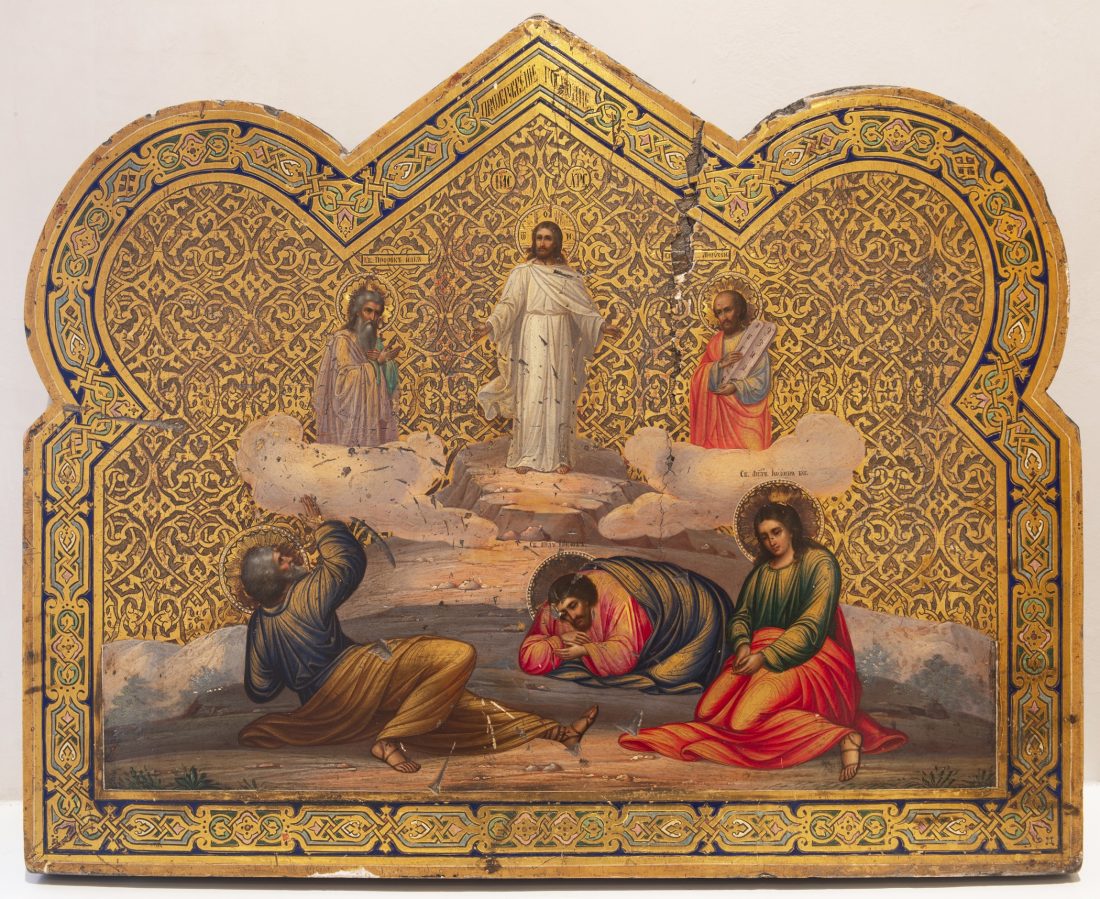 Inquire Enlarge
The Transfiguration of the Lord
18th century
20" x 25"
Icons, limewood, gesso, goldleaf, tempera and varnish
Region: Russia
The icon of the Transfiguration constitutes the key to the Orthodox theology of the vision of God. The light which appeared to the Apostles was the expression of the Divine Brilliance, of the timeless and uncreated glory, the recognition of the two natures of Christ, the divine and the human. At the same time, it was a prototype, an icon of the transfigured human nature and of the theosis (deification) which is granted by the redemptive work of Christ. The Transfiguration of Christ on Mount Tabor is the corresponding event in the New Testament of the event in the Old Testament in which God is revealed to Moses on Mount Horeb.