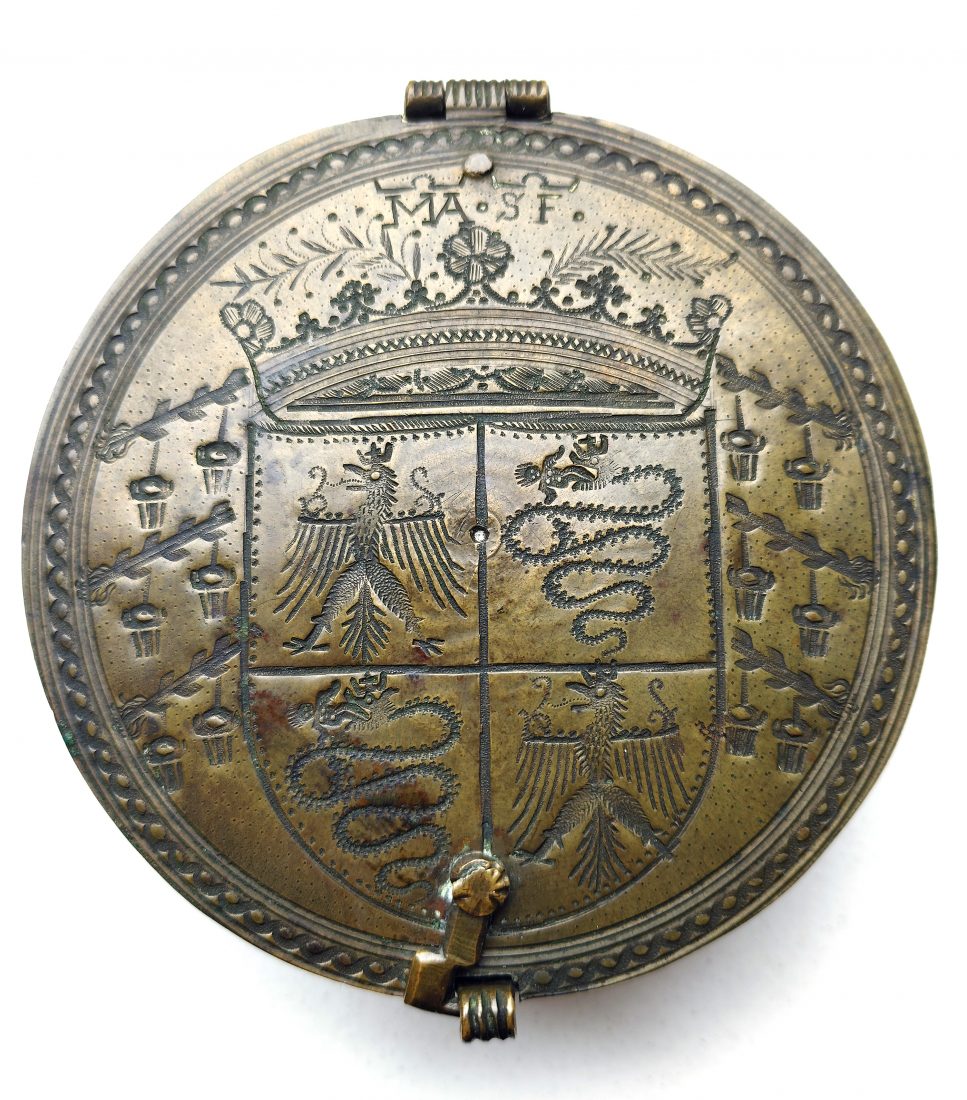 Inquire Enlarge
Seal Box (Skippet), Arms of Massimiliano Sforza
16th Century
3.12" x 3.12" x 1.5"
Ceremonial Objects, engraved bronze
Region: Italy
This seal box would hold a document and then sealed with wax and tied in place and then delivered to the addressee. The front of the box has the coat of arms of Massimiliano Sforza, the Duke of Milan Italy. This treaty box has been in the same family for many generations. A very old note was found inside the box that was signed July 1897 indicating this box dated to the 16th century. It measures 3 1/8" wide and is brass or bronze metal.

He held the duchy form 1512 to 1515, when the Milanese and their Swiss allies were defeated by French and Venetian troops at Marignano, southeast of Milan, and Massimiliano yielded the duchy to the French King Francis I.

After his eviction of the duchy, Massimiliano spent his life as a monk in France, but he did not have to obey any religious rules and lived a luxurious life at the expense of the French king.