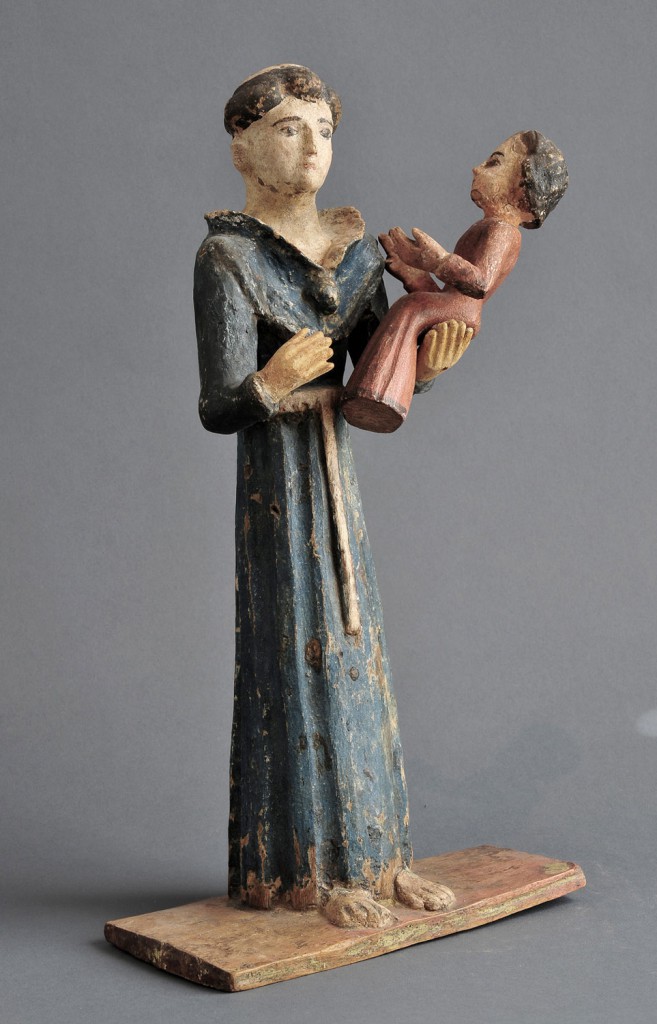 Inquire Enlarge
San Antonio con Niño
ca. 1776
13.5" x 7" x 3.5"
Bultos, wood, gesso, polychrome and natural pigment
Region: New Mexico
Saint Anthony was a 13th century Franciscan friar noted for his many miracles. After Saint Francis, he was considered the most popular of the Franciscan saints. He is often depicted holding the Christ child, who appeared to him in a vision, or a book. He is prayed to for worldly blessings such as the finding of lost objects, marriage, fertility and recovery from sickness.

Fray Andrés García
Fray Andrés García, a Franciscan friar who served at a number of New Mexican churches in the late eighteenth century, was born in 1720 at Puebla de los Angeles in Mexico. García has been credited with producing several santos that are still in the churches where he served. He appears to have worked tirelessly to produce interior furnishings and artwork wherever he served.