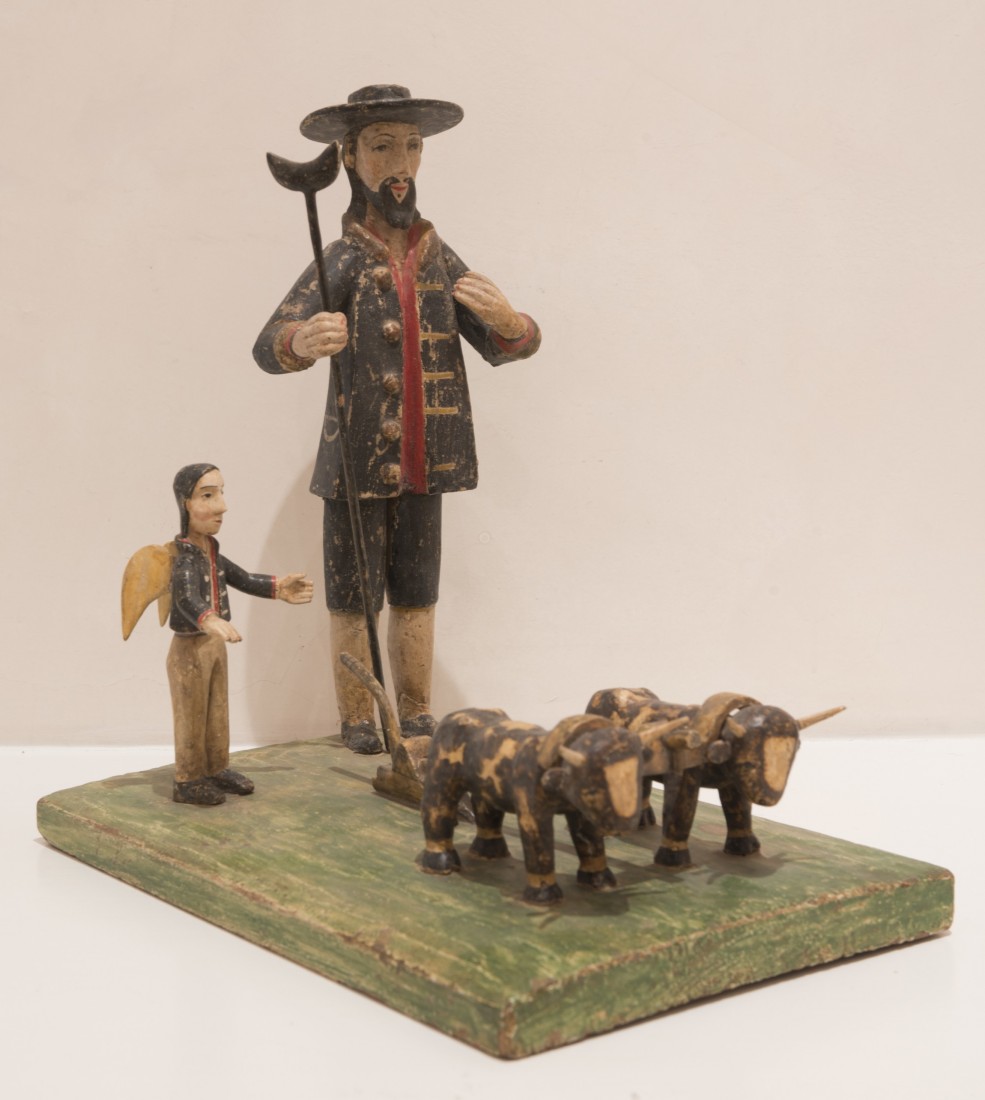 Works attributed to Fresquís span many years, dating up to the time of his death in 1831. He painted unusual retablo images such as the Martyrdom of Santa Apolonia, probably as a tribute to his grandmother Polonia Vigil; the Mass of St. Gregory, a panel on the small side altar of the churches at Truchas, probably as a dedication to the donor of the screen, Gregorio Sandobal {sic}; and Santa Coleta.