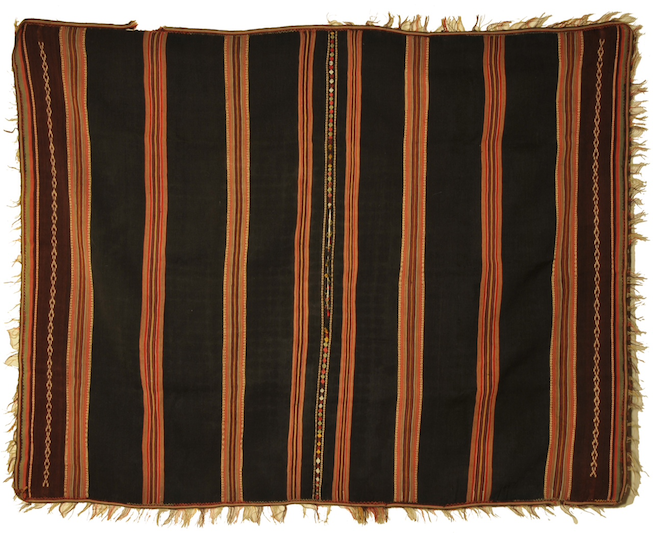 Inquire Enlarge
Poncho
late 19th C.
58.5" x 46.5"
Textile, Camelid wool with natural dyes
Region: Bolivia
Culture: Aymara Culture
The weavings of the Aymara People in Bolivia include many different style and types. Ponchos had been used by Andean Peoples for thousands of years, becoming a symbol of status first worn by Mestizos who could not afford expensive European cloth. Later, the style was adapted by the Aymara after many of their traditional garments were outlawed by the Spanish following native uprisings at the end of the 18th century. Ponchos, worn by men, usually consisting of two pieces of hand-woven cloth sewn together, with a slit in the center for the head.. It has alternated stripes: indigo and multi-color. In the edges it has four stripes with threads twisted in a Z with bichrome borders and multi-color raveled edge.