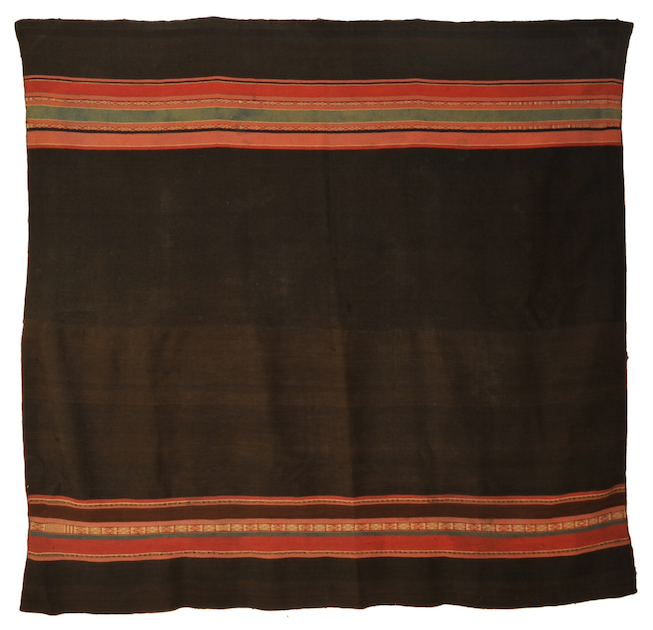 Inquire Enlarge
Aksu
ca.1850
59" x 56"
Textile, Alpaca wool with natural dyes
Region: Bolivia
Culture: Aymara Culture
The aksu was the pre-Columbian, Andean woman's dress. As a result of pressure from the Spanish colonists during the post-Conquest period, native women began wearing the dress of the Spanish peasant and the aksu was slowly modified from a utilitarian garment to a smaller, more decorative piece of clothing that was worn over the dress. This altiplano style aksu is characterized by small geometric motifs such as squares, steps, and rectangles that are achieved through the use of a derived-warp weave, a technique which appeared as far back as the Cabuza culture.