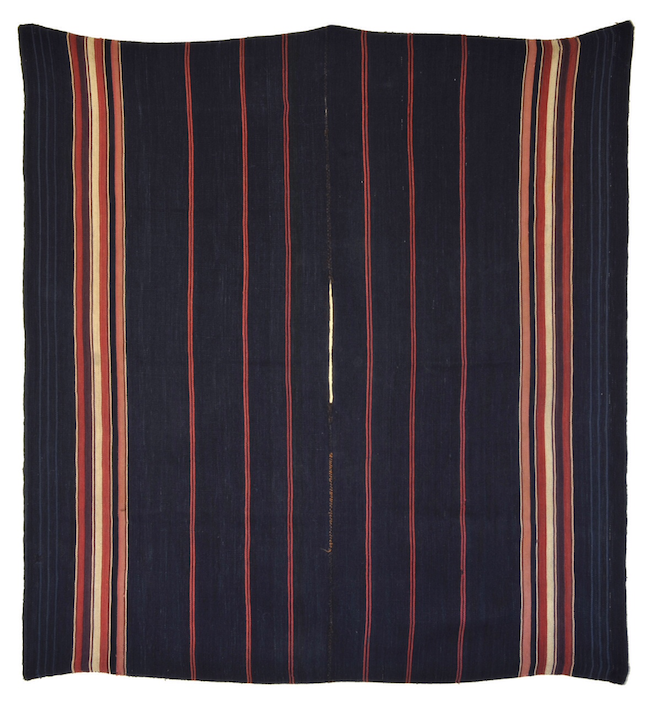 Inquire Enlarge
Poncho
ca. 1850
54" x 50"
Textile, Alpaca wool, natural dyes
Region: Bolivia
Culture: Aymara Culture
Some of the most beautifully woven and dyed textiles to be found anywhere were produced by the Aymara people of the Bolivian Altiplano up until the late 19th century. These reflect the incredibly rich textile tradition which flourished in the Lake Titicaca basin since ancient times.

Far from being merely of utilitarian purpose, Andean textiles played major political, social and religious roles. Woven cloth was the most highly prized possession and sought-after trading commodity in the Andes in pre-Columbian times and was used to establish and strengthen social and political relationships. It also played a role in all phases of the life cycle.

This poncho is very fine tightly woven camelid wool, have subtle color stripes in shades of red and beige on a color field of indigo. Wide multicolor border stipes accent the top and bottom of the poncho.