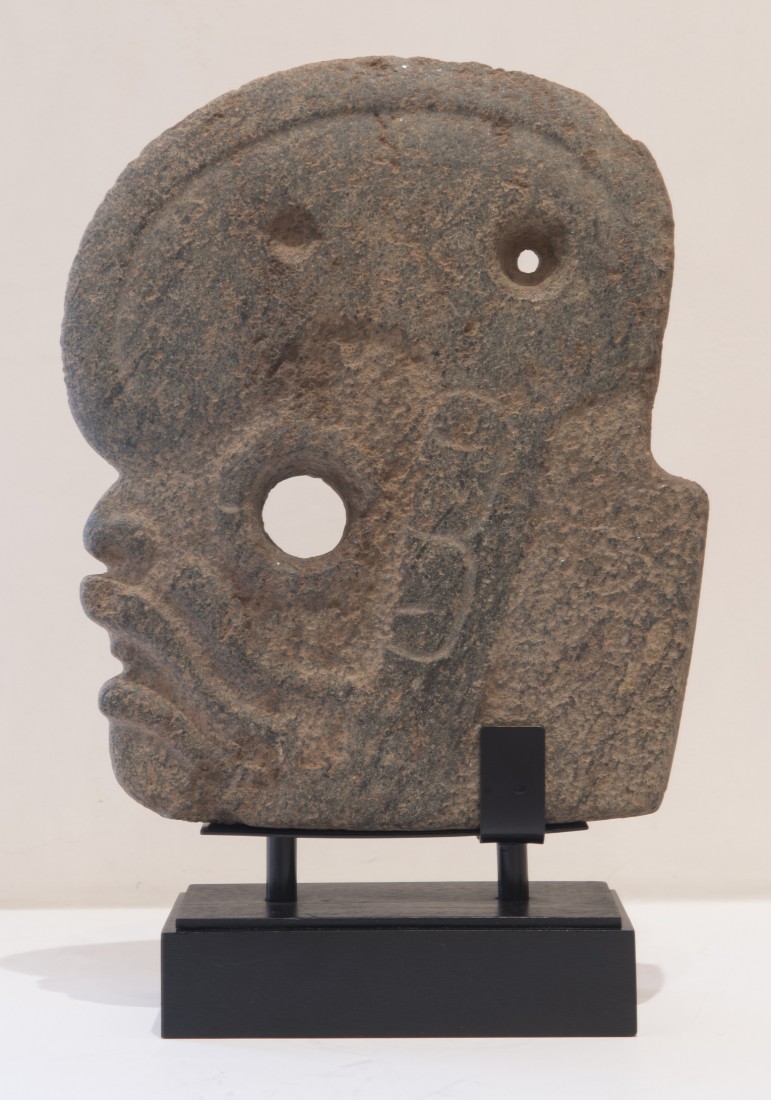 Inquire Enlarge
Hacha
100-1000 CE
12" x 9.5" x 1.5"
Ceremonial Objects, basalt
Region: Veracruz
Culture: Maya Culture
Winners of the Mayan ball court game received trophies, many of which have been excavated and include hachas and palmas. A hacha was a representation of the human head (early ones might have actually been heads) with a handle attached and was used as a trophy for a winning player, a piece of ceremonial equipment or as a marker in the court itself.