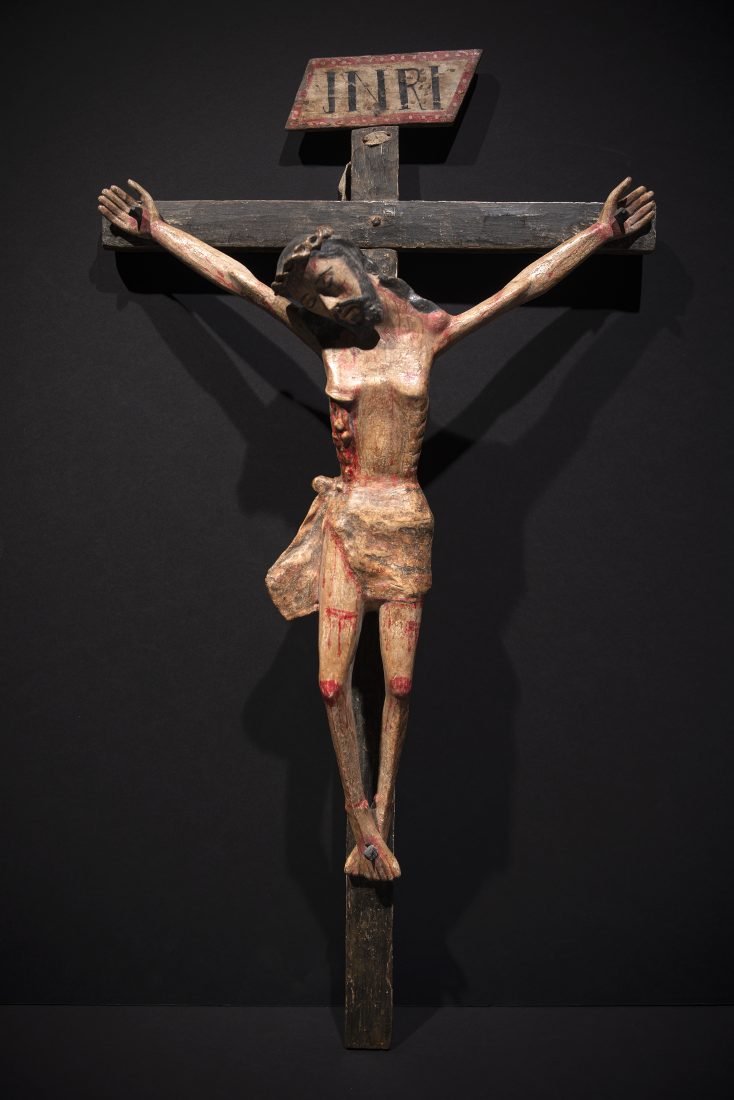 Laguna Santero
Active 1795-1810
The Laguna santero, whose identity is unknown, is named for his surviving monumental retablo mayor (altar screen) in the church of San José de Gracia located at the Pueblo of Laguna. It is likely he was a provincial artist from southern New Spain who migrated to New Mexico as a commissioned artist or as a member of the Franciscan order and was familiar with the Baroque style found in his homeland. Because this santero produced so many large works as well as a considerable body of smaller works in several media it is likely he had a taller under his direction. Very little is known about his life except that his works appear in several New Mexico missions starting in 1795 and disappear from records after the completion of the Laguna altar screen around 1809.

The works attributed to his school also do not continue much after this date. Perhaps after his last commission he disbanded his taller and returned to southern New Spain. A number of retablo mayors are attributed to the Laguna santero including those at San Miguel de Santa Fe, Nuestra Señora de Guadalupe de Pojoaque, Nuestra Señora de la Asunción de Zia, San Esteban de Acoma, and Santa Ana.

view all works by Laguna Santero