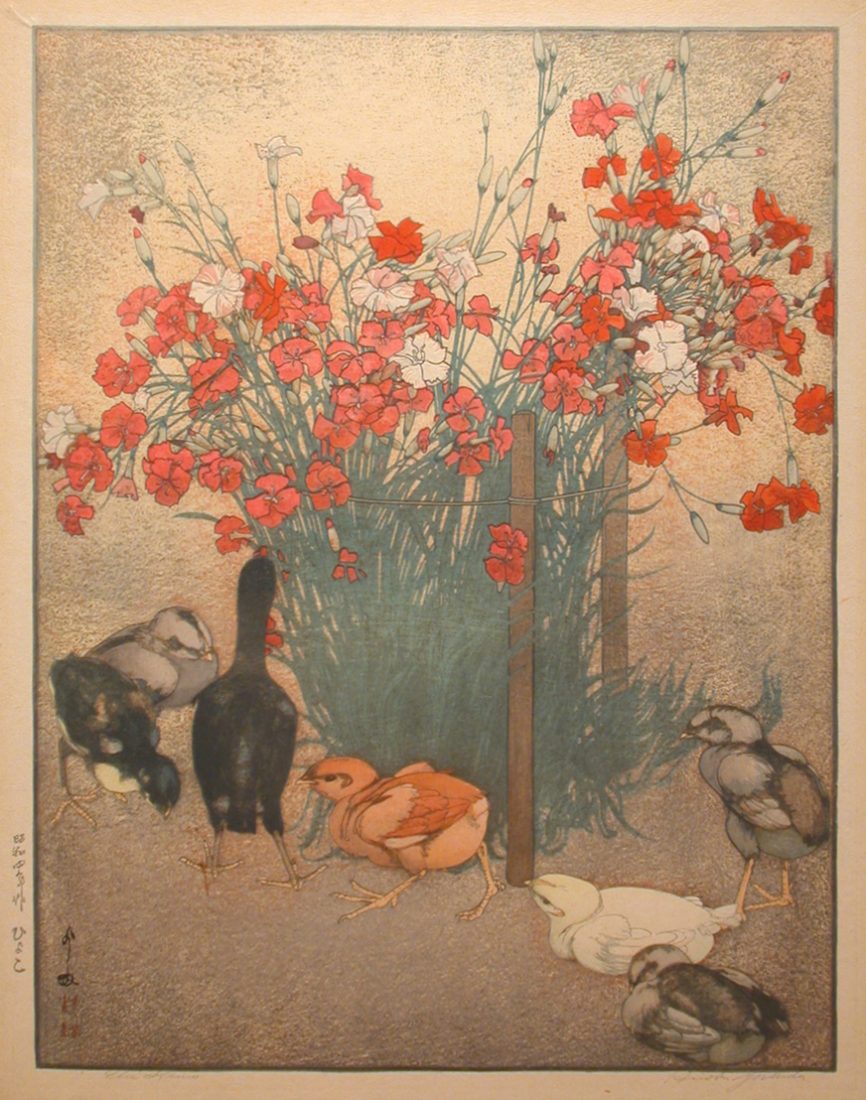 Hiroshi Yoshida
Hiroshi Yoshida (吉田 博 Yoshida Hiroshi, September 19, 1876 – April 5, 1950) was a 20th-century Japanese painter and woodblock printmaker. He is regarded as one of the greatest artists of the shin-hanga style, and is noted especially for his excellent landscape prints. Yoshida travelled widely, and was particularly known for his images of non-Japanese subjects done in traditional Japanese woodblock style, including the Taj Mahal, the Swiss Alps, the Grand Canyon, and other National Parks in the United States.

Hiroshi Yoshida (born Hiroshi Ueda) was born in the city of Kurume, Fukuoka, in Kyushu, on September 19, 1876. He showed an early aptitude for art fostered by his adoptive father, a teacher of painting in the public schools. At age 19 he was sent to Kyoto to study under Tamura Shoryu, a well known teacher of western style painting. He then studied under Koyama Shotaro, in Tokyo, for another three years.

In 1899, Yoshida had his first American exhibition at Detroit Museum of Art (now Detroit Institute of Art). He then traveled to Boston, Washington, D.C., Providence and Europe. In 1920, Yoshida presented his first woodcut at the Watanabe Print Workshop, organized by Watanabe Shōzaburō (1885–1962), publisher and advocate of the shin-hanga movement. However, Yoshida's collaboration with Watanabe was short partly due to Watanabe's shop burning down because of the Great Kanto earthquake on September 1, 1923.

In 1925, he hired a group of professional carvers and printers, and established his own studio. Prints were made under his close supervision. Yoshida combined the ukiyo-e collaborative system with the sōsaku-hanga principle of "artist's prints", and formed a third school, separating himself from the shin-hanga and sōsaku-hanga movement.

Hiroshi Yoshida was trained in the Western oil painting tradition, which was adopted in Japan during the Meiji period. Yoshida often used the same blocks and varied the colour to suggest different moods. The best example of such is Sailing Boats in 1921. Yoshida's extensive travel and acquaintance with Americans influenced his art considerably. In 1931 a series of prints depicting scenes from India, Pakistan, Afghanistan, and Singapore was published. Six of these were views of the Taj Mahal in different moods and colors.


view all works by Hiroshi Yoshida