A video walkthrough of our new exhibition Peter Miller: Coming Home Again, a celebration of works by this forgotten figure of American Modernism who spent much of her career in New Mexico.

The exhibition commences July 1 with an opening reception from 5-7 pm, and continues through August 2, 2022.

Peter Miller (1913-1996) – born Henrietta Myers, changing her name to Peter believing she would be treated more fairly as a man – is often classified as an American Surrealist, a reputation that she earned for having shown in the 1940s at the prestigious Julien Levy gallery in New York. While her work showed influences of Miró and Klee she was also influenced by sources in Native American art and culture, which today we know came from the fact that she divided her time between homes in Pennsylvania and New Mexico. This exhibit invites the viewer’s attention to paintings from her true “spiritual home” in New Mexico. 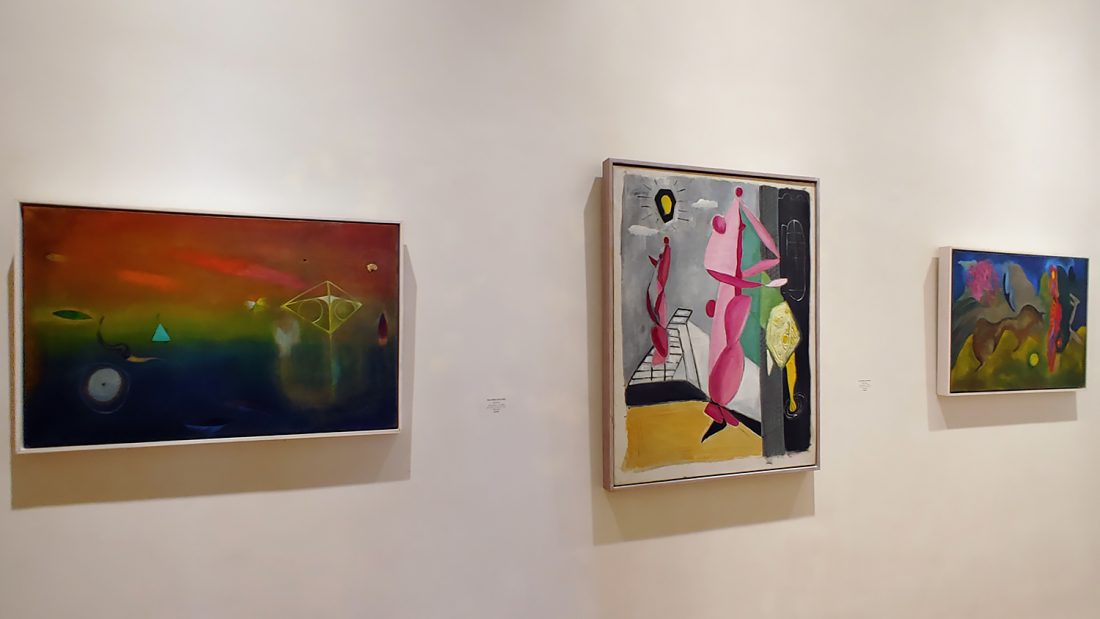