A French-Japanese painter and printmaker credited with being the “first Japanese artist to free that country’s art of its legendary and classic image”, Tsuguharu Foujita spent most of his career in Paris, where he was associated with revolutionary artists including Pablo Picasso, Georges Braque and Henri Rousseau. However, Foujita often returned to his native county and was there for nine years during World War II. After that, he returned to Paris where he served as President of the Association of Japanese Artists.

His painting style was primarily expressionist, although he did some realism as well. After his conversion to Catholicism, he did frescoes for the Chapel of Our Lady of Peace in Reims. He also did the decoration at the Japanese House at Cité Universitaire in Paris.

In Tokyo, Japan, as a youth, he studied at the Imperial School of Fine Art, and received much recognition including the purchase of one of his paintings by the Japanese Emperor. In 1912, he went to London, and the next year to Paris to live, and this ended what appeared to be a career in Japan.

In 1917, he had his first exhibition in Paris, and by 1924, was exhibiting with the Fauves at the Salon d’Automne. That same year, he became an elected member of the Tokyo Academy of Fine Arts. After the breakup of his third marriage, and his flight to Brazil in 1931 (with his new love, Mady), Foujita traveled and painted all over Latin America, giving hugely successful exhibitions along the way. In 1932 he contributed a work to the Pax Mundi, a large folio book produced by the League of Nations calling for a prolonged world peace. However, by 1933 he was welcomed back as a minor celebrity to Japan where he stayed and became a noted producer of militaristic propaganda during the war. In the 1950s Foujita moved to Europe where he live for the last years of his life. Tsuguharu Foujita died in Zurich, Switzerland in 1968 at the age of 81.

His work can now be found in the collections of the Art Institute of Chicago, the Metropolitan Museum of Art in New York, the National Gallery of Art in Washington, D.C., and the Los Angeles County Museum of Art, among others. 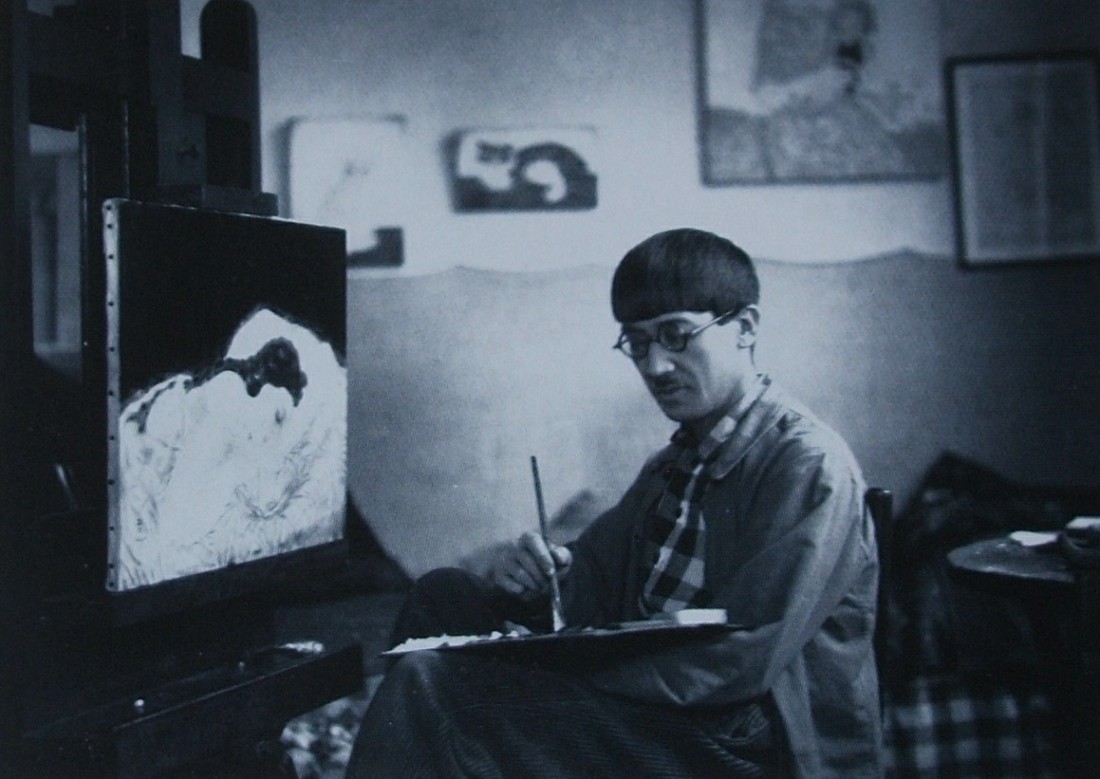