Final touches are underway for tomorrow’s opening of our exhibition “Peter Miller: Coming Home Again,” our follow up to last years acclaimed Peter Miller show. We are excited!

Peter Miller (1913-1996)  – born Henrietta Myers, changing her name to Peter believing she would be treated more fairly as a man – is often classified as an American Surrealist, a reputation that she earned for having shown in the 1940s at the  prestigious Julien Levy gallery in New York.  While her work showed influences of Miró and Klee she was also influenced by sources in Native American art and culture, which today we know came from the fact that she divided her time between homes in Pennsylvania and New Mexico.

This exhibit invites the viewer’s attention to paintings from her true “spiritual home” in New Mexico.

Miller and her husband built a ranch about 25 miles north of Santa Fe and  were neighbors of the indigenous people of the Tewa Pueblo, whose crafts and religious beliefs fascinated her. The reliance of Native Americans upon the land and the animals who occupied it permeated her work for the remaining years of her career. Just as they believed that the creatures who surrounded them—birds, turtles, lizards, snakes—could serve as intermediaries in their communication with the gods of the underworld, Miller appropriated these same symbols in her paintings, along with abstract signs that she extrapolated from their pottery and petroglyphs.

The show opens Friday, July 1 (tomorrow) with a reception from 5 to 7 p.m. We look forward to seeing you and sharing her work! 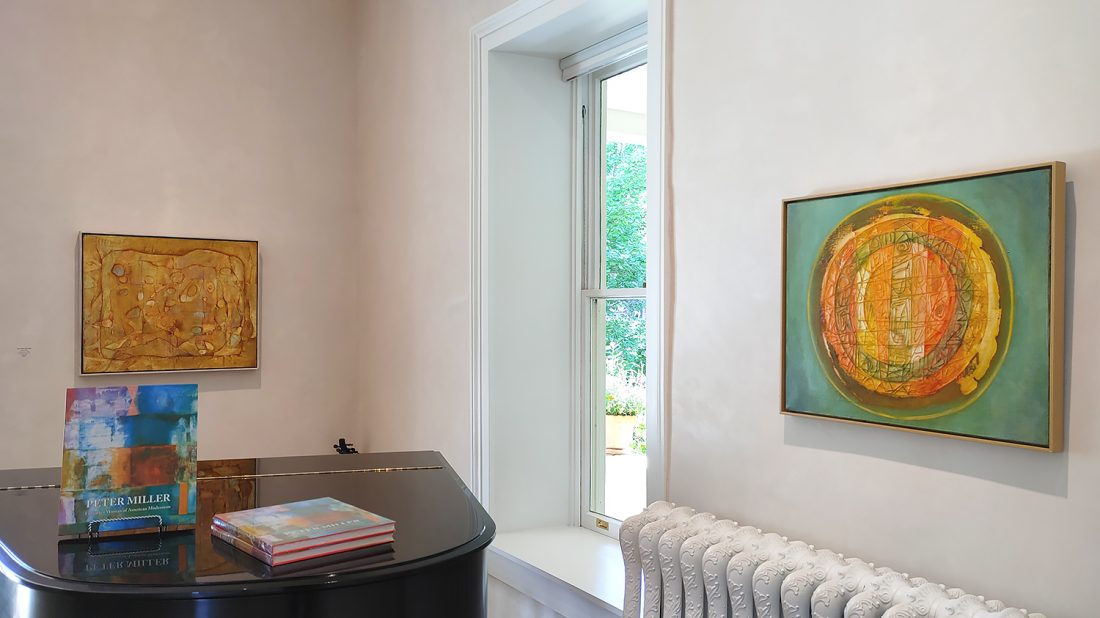