José Aragón was active in Northern New Mexico from 1820 to 1835. His origins are unknown. E. Boyd has written that he was born in Spain, and emigrated to New Mexico, however there is archival evidence that he was born in Taos. He maintained an active studio and was a prolific painter of retablos, and carved a number of bultos as well. Aragón was among the more literate and “academic” of santeros in 19th century New Mexico, and his work is more individualistic, as in the European tradition, using a wide variety of sizes, formats, color schemes, and decorative motifs. Overall his work presents a simplified naturalism, and he has been called a “highly literate and sophisticated folk artist.”

This exquisite cristo is typical of Aragón’s carved works. For example, the elongated head is somewhat disproportionate to the body, with a long oval face with downward gazing eyes, a strong pointed nose with separate nostrils. The lean, narrow torso flows down to long tapered legs. The hands feature well-carved, delicate fingers. The figure presents fine anatomical detail, and other detailed elements such as the loin cloth. The artist follows the medieval and baroque practice of painting Christ’s body in blue-gray tones to indicate impending death. Overall the work is a fine example of the work of José Aragón. 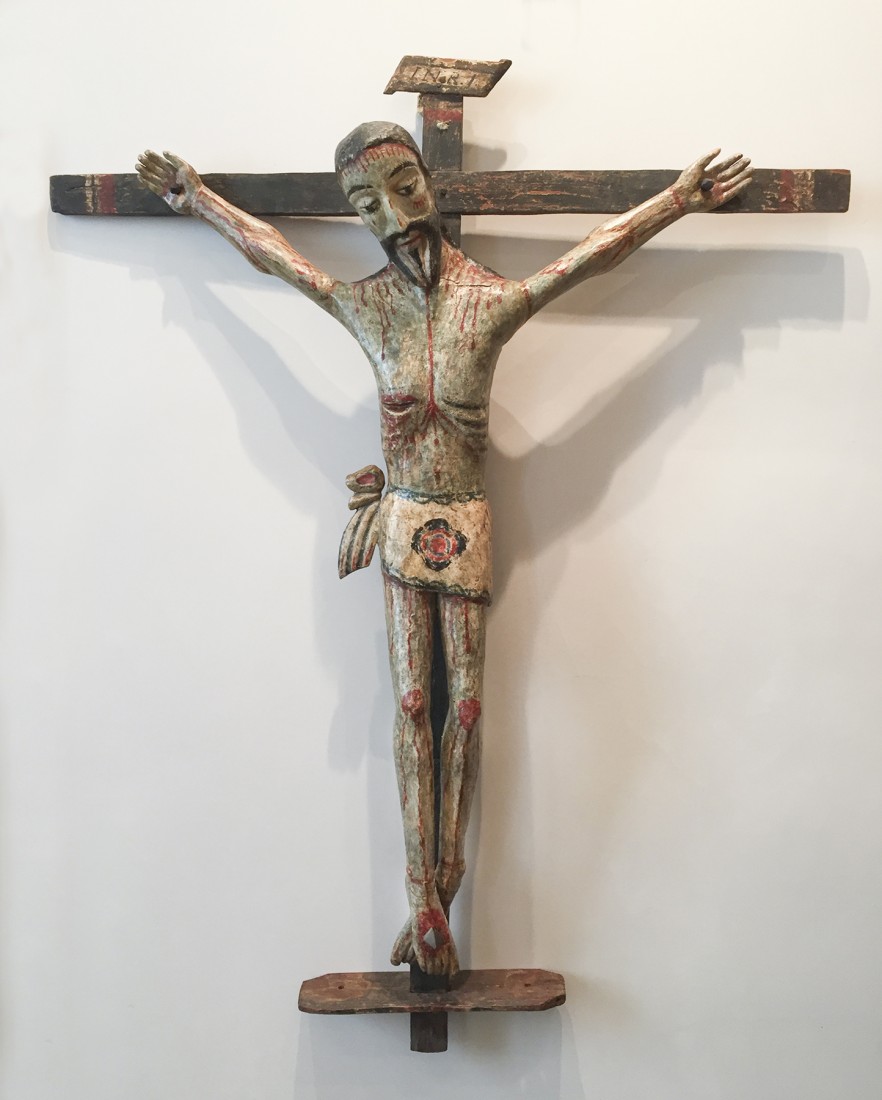