Peyton Wright gallery is pleased to announce the recent arrival of Larry Poons Untitled. This acrylic on canvas painting dates from 1969, and measures 66.75 x 16.25 inches.

Born in Tokyo, Japan, Larry Poons (b. 1937) became a prominent figure in Optical Art and in the Color-Field school of painting in New York. His paintings of the 1960s were characterized by dots of color placed according to a horizontal vertical and diagonal grid against a rich colored ground. The effect was a sense of movement–thus Optical Art. In 1965, he exhibited with the Op Artists, but the next year, his art became looser with small colored shapes floating in space. From that time, he changed to expressionism and abstraction. Poons has also created Earth Art such as his “cracked earth landscapes”. For these he uses layers of heavy impasto to create the effect of flowing lava and craggy plateaus. 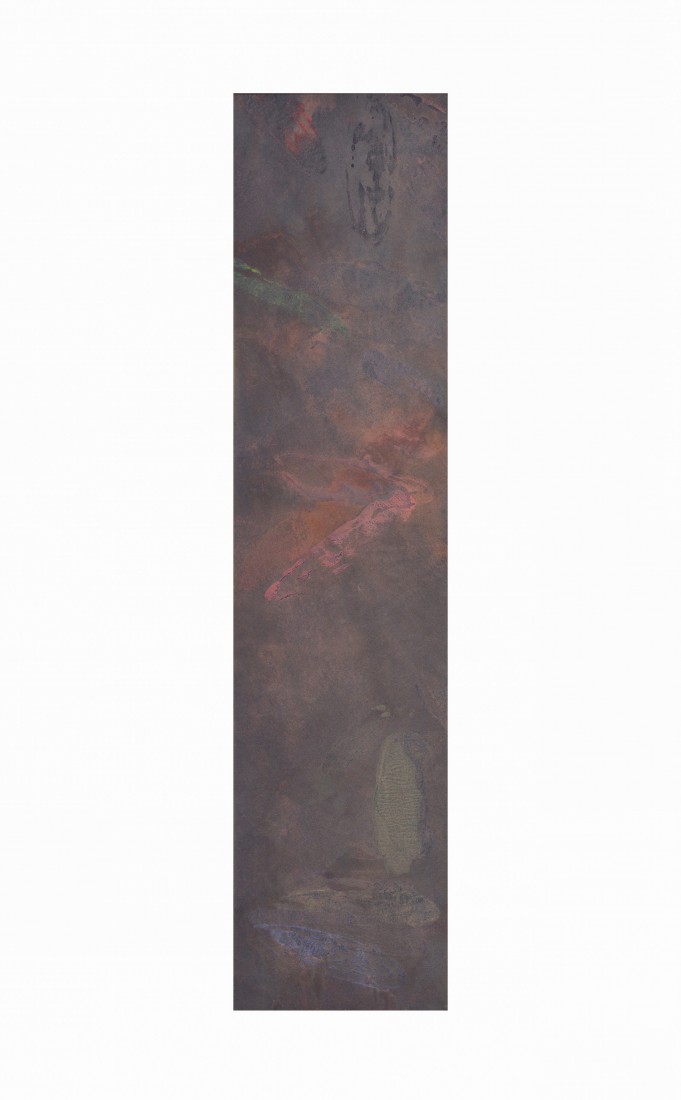