W.S Stallings named the Laguna Santero for the altar screens painted by an anonymous santero in the churches at Laguna and Acoma Pueblos. These screens are the two most significant examples of the genre surviving form the early santero period, because they are unequaled in their construction and proportions. The painting skill of the santero is at its zenith. Every available inch of the surface is elaborately decorated with geometric and floral patterns, as are the ceiling and walls of the church.

The Laguna Santero was probably provincially trained in the arts and was a versatile artist. He was capable of constructing elaborate altar screens for these churches in addition to producing the many smaller retablos attributed to him. Just as the massive stone altar screen of the eighteenth-century military chapel, La Castrense, and the existing altar screens at La Parroquia in Santa Fe probably influenced the construction style of future New Mexican altar screens, so did the Laguna Santero’s style influence a number of the santeros who were to work in northern New Mexico for the next century. This santero might have been differently if early historians had been aware of his artistic endeavors at the San Miguel Church in Santa Fe in 1798, where he painted the main altar screen, and at the Holy Cross Church at Santa Cruz, where the three remaining altar screens in situ were originally painted by him.

Peyton Wright Gallery is pleased to offer this retablo by the Laguna Santero. 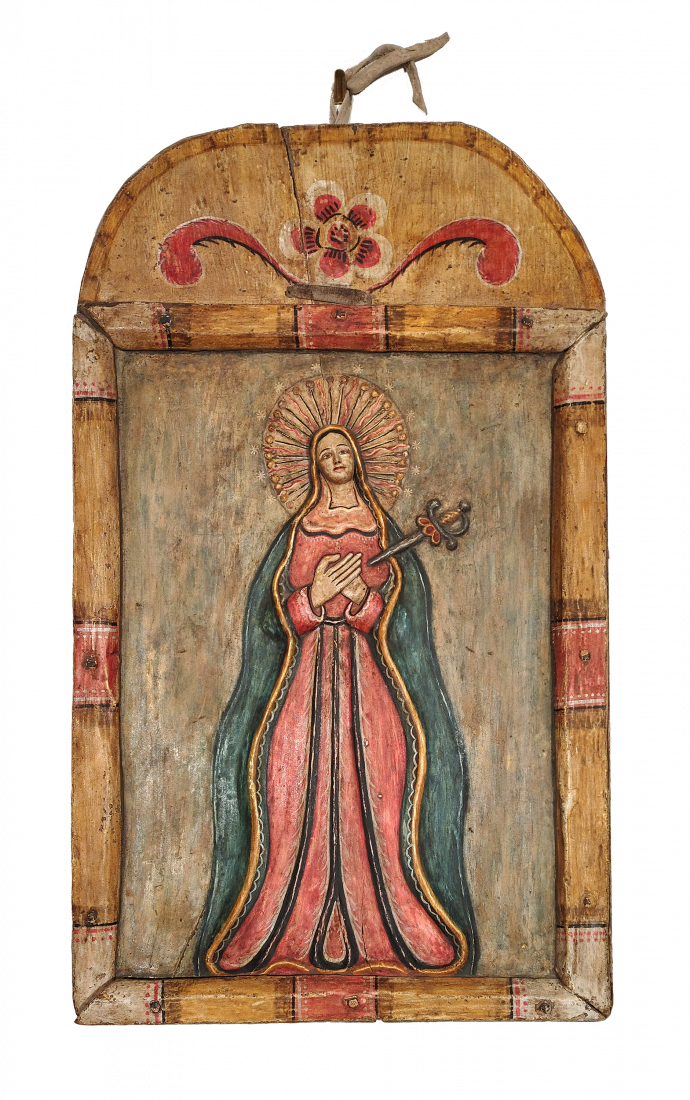