Born in Breckenridge, Minnesota, Fritz Scholder created the foundation of what is now known as contemporary American Indian art. His father was part Luiseno, a California mission tribe, and Scholder chose to focus his work on this part of his lineage, in order to express both an appreciation and disdain for Indian customs, traditions, and daily existence.

He studied at the University of Kansas, Wisconsin State University, and with Wayne Thiebaud at Sacramento College in California. He earned a Master of Fine Arts Degree from the University of Arizona. A long-time resident of Scottsdale, Arizona, he has filled a number of artist-in-residence positions including the Institute of American Indian Arts, Dartmouth College, and the Oklahoma Summer Arts Institute.

In his work, he frequently showed the harsh, realistic side of Indians’ lives and deaths including the effects of alcohol and other dissipations, but some of his depictions are humorous such as Indians on horseback carrying umbrellas. He is best known for his paintings, but he displayed a mastery of a wide variety of media, including etchings, aquatints, lithographs, monotypes, photographs, collages, sculpture, and mixed media.

Fritz Scholder died February 10, 2005 at age 67 at his home in Scottsdale, Arizona. In 2008, the Smithsonian Institution’s National Museum of the American Indian mounted an unprecedented dual-city career retrospective in both New York City and Washington, D.C. His awards include fellowships from the Ford, Rockefeller and Whitney foundations. His art is in the permanent collections of major museums, including the National Gallery and the National Museum of American Art at the Smithsonian Institute in Washington, D.C., the Museum of Modern Art in New York, and the White House.

“When I first came to Santa Fe, I vowed to myself that I would not paint Indians. Then I saw the numerous, over-romanticized paintings of the ‘noble savage’ looking into the sunset and decided that someone should paint the Indian from a different context. My concern, therefore, includes depicting the strange paradox created in the transition of the warrior to the 20th Century; the quiet humor of the nature-oriented person; the faces that show the imposition of the non-Indian and the tenacity for holding onto an identity. . . .” 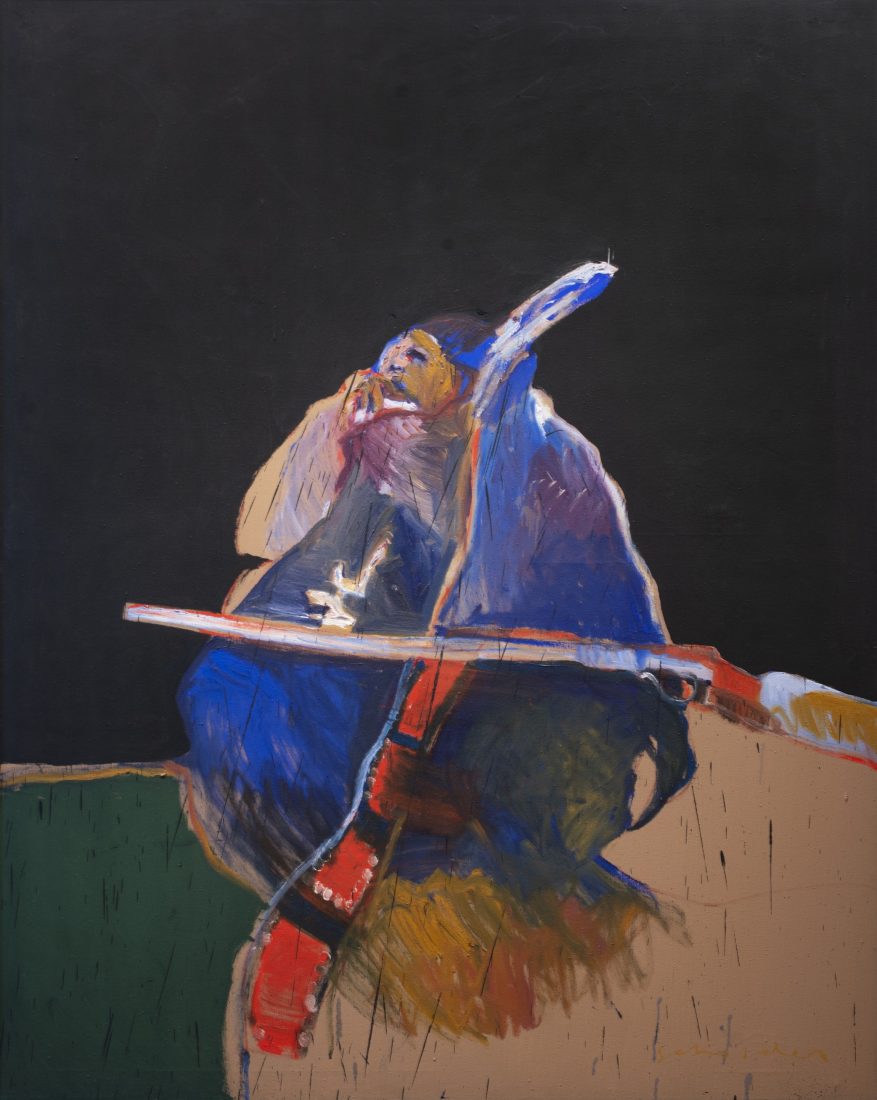