The American painter and sculptor Ellsworth Kelly passed away on Sunday at the age of 92. Kelly died of natural causes at his home in Spencertown, New York, his gallerist Matthew Marks announced. He is survived by his husband Jack Shear and his brother David.

Kelly is considered one of the most influential American artists of the 20th century, known for his colorful geometric abstractions.

“I think he bridged European and American modernism,” Marks told the Guardian. “He was a real American original.” 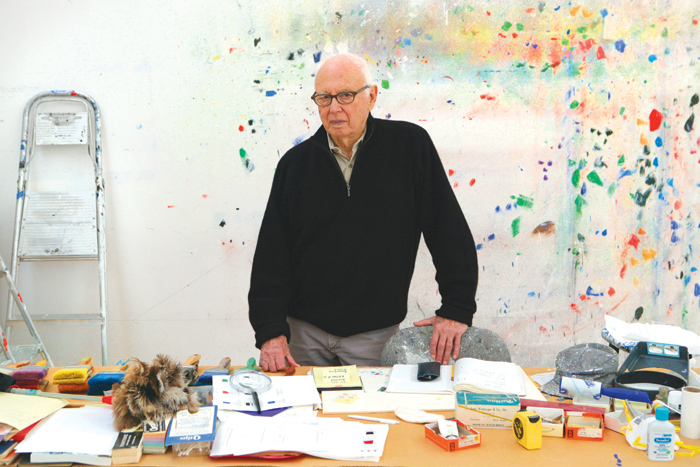