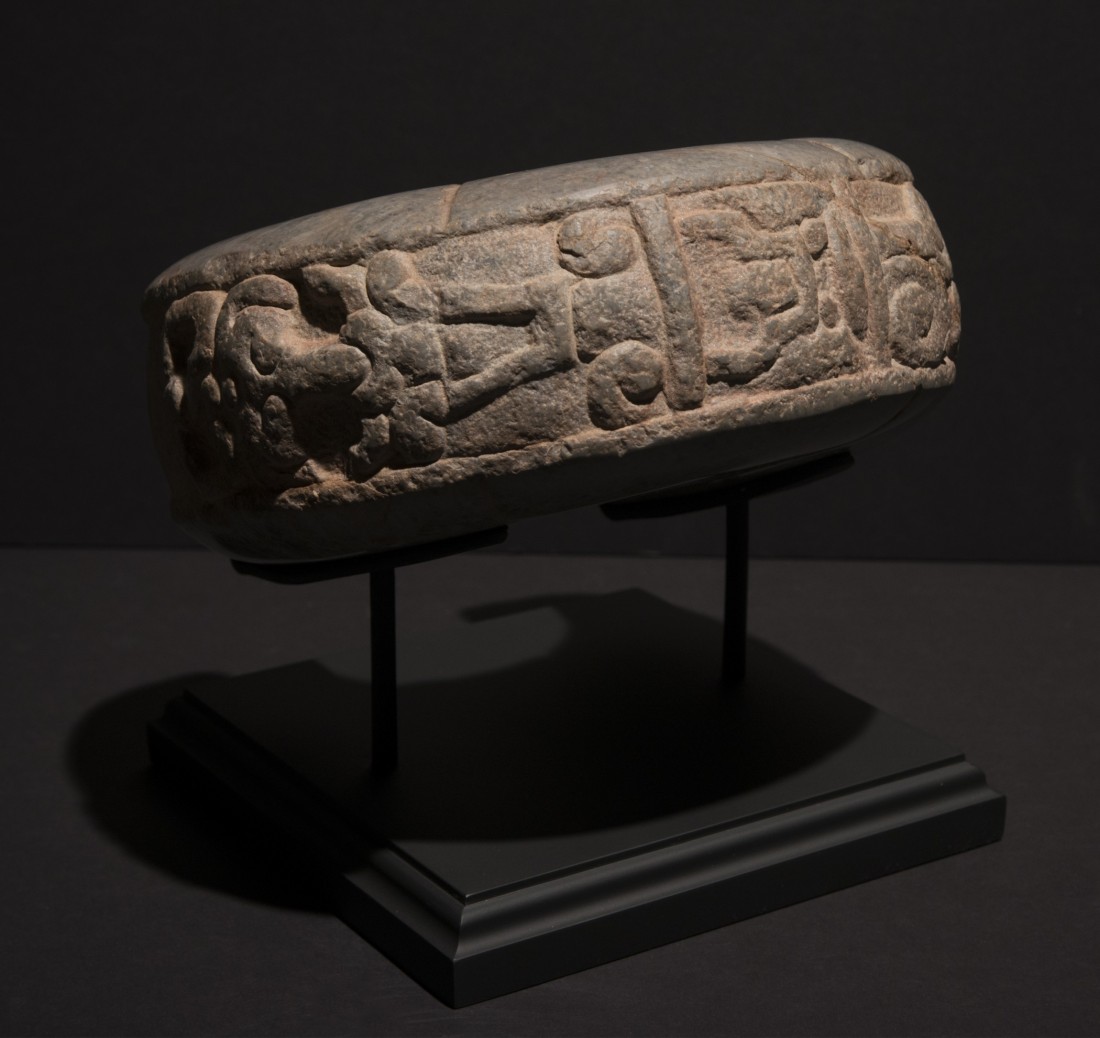 Inquire Enlarge
Yoke
1200-600 BCE
8.5" x 6.5" x 3.25"
Ceremonial Objects, Jadeite
Region: Mesoamerica, Mexico, Mesoamerican Classic
Culture: Maya Culture
Deflection off a player's midsection was one of the primary techniques of the Mesoamerican ballgame, during which the player's hands were used only at the beginning to put the ball into play. Because the ball itself could injure or kill, significant resources were invested in equipment to protect against broken bones and damaged internal organs. Yokes made of perishable materials such as quilted cotton and wood have been preserved only in their depictions in paintings and sculptures. Stone yokes like this one were probably ceremonial representations, worn at opening and closing ceremonies, awarded as trophies, and placed in tombs. The imagery on this particularly finely carved example hints at the complex, multi-layered symbolism and religious beliefs embodied by the ballgame.