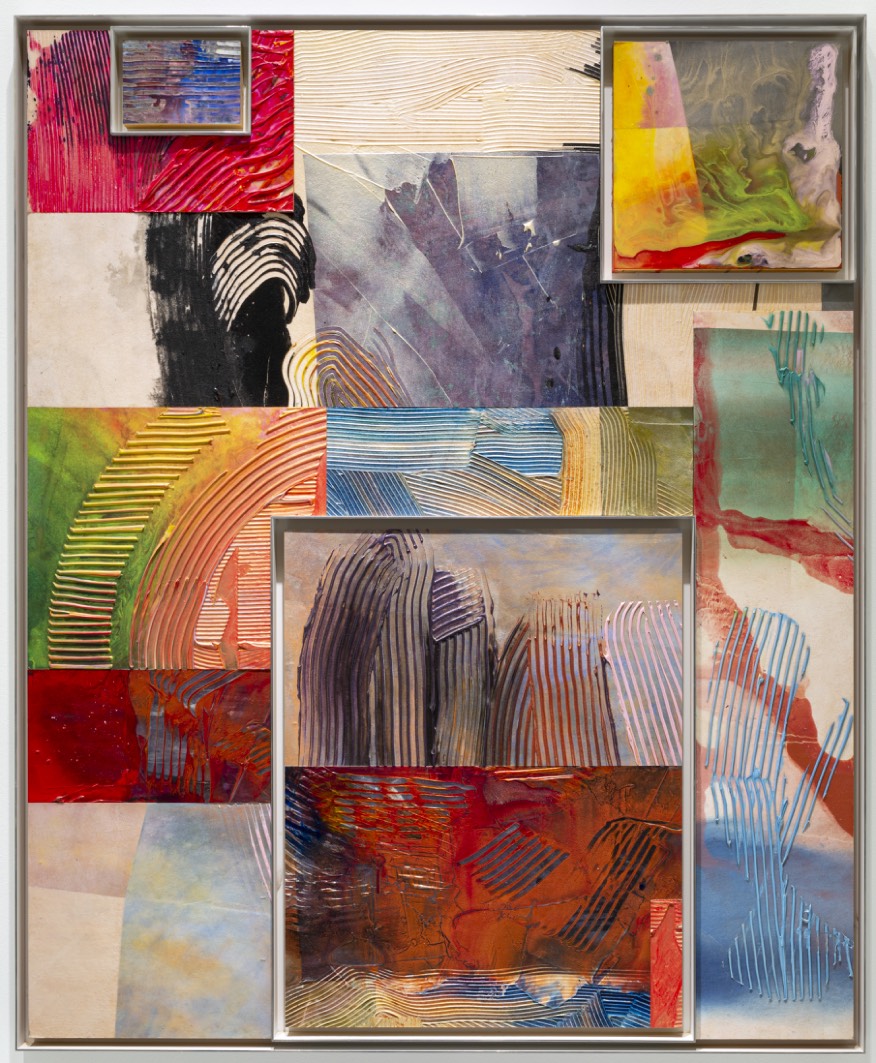 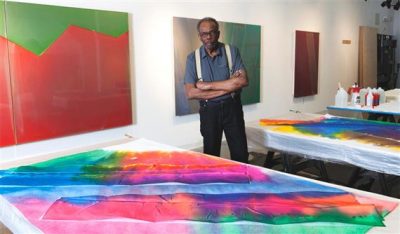 Sam Gilliam is an African-American painter associated with both the Washington Color School movement. Gilliam’s hallmark “drape paintings,” which consist of stained fabric or paper resembling tie-dye, are regarded as a major step in the development of American art. Born in Tupelo, MS, on November 30, 1933, he grew up in Kentucky and graduated with a BFA from the University of Louisville in 1955. In 1962, the artist moved to Washington, D.C., where he supported himself teaching at public schools. Inspired by Yves Klein, Morris Louis, and laundry hanging on clotheslines seen from his studio window, the artist began experimenting with folding and draping canvases. In the decades that followed, Gilliam moved through a variety of techniques, incorporating metal forms, thickly applied paint, and quilt-like pattering. In 2005, a major retrospective of his work was held at the now defunct Corcoran Gallery of Art. The artist continues to live and work in Washington, D.C. Today, Gilliam’s works are held in the collections of The Museum of Modern Art in New York, the Musée d’Art Moderne de la Ville de Paris, and the Tate Modern in London, among others.

“We need to continue to think about the whole of what art is, what it does,” says Gilliam. “Even though my work is not overtly political, I believe art has the ability to call attention to politics and to remind us of this potential through its presence.”

view all works by Sam Gilliam