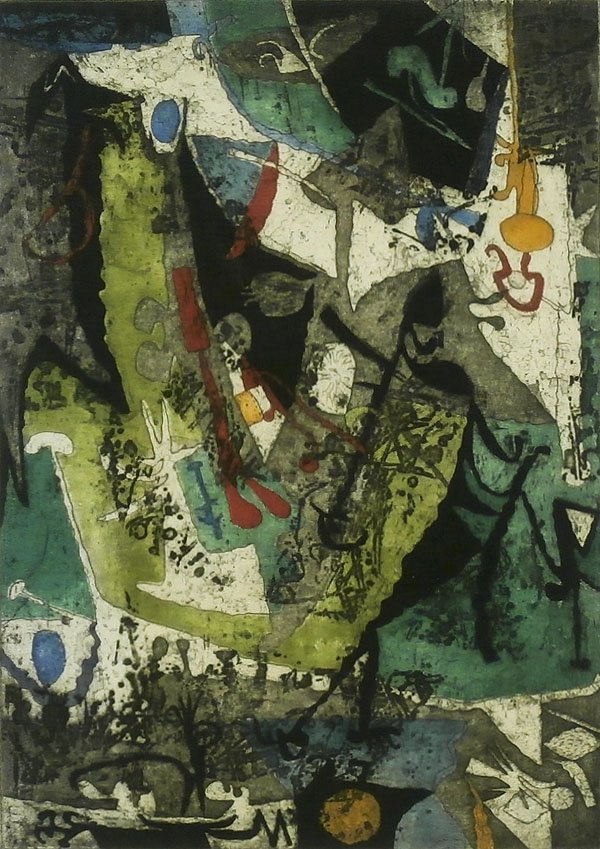 Leonard Edmundson
Leonard Edmondson was born in Sacramento, California and studied at the University of California, Berkeley where he earned a Master's Degree in 1942. During World War II, he served in the United States Army and then settled in Pasadena. By 1947, he was on the faculty at Pasadena City College and began exhibiting his abstract expressionist paintings, which by the 1950s, were attracting national attention. Major museums including the Metropolitan, Brooklyn and Museum of Modern Art purchased his work. His talent brought him two Tiffany Fellowship awards as well as a Guggenheim Fellowship.

Edmondson was an influential teacher, especially of printmaking, which he taught at Otis Art Institute and the California State University in Los Angeles as well as at Pasadena City College.

view all works by Leonard Edmundson