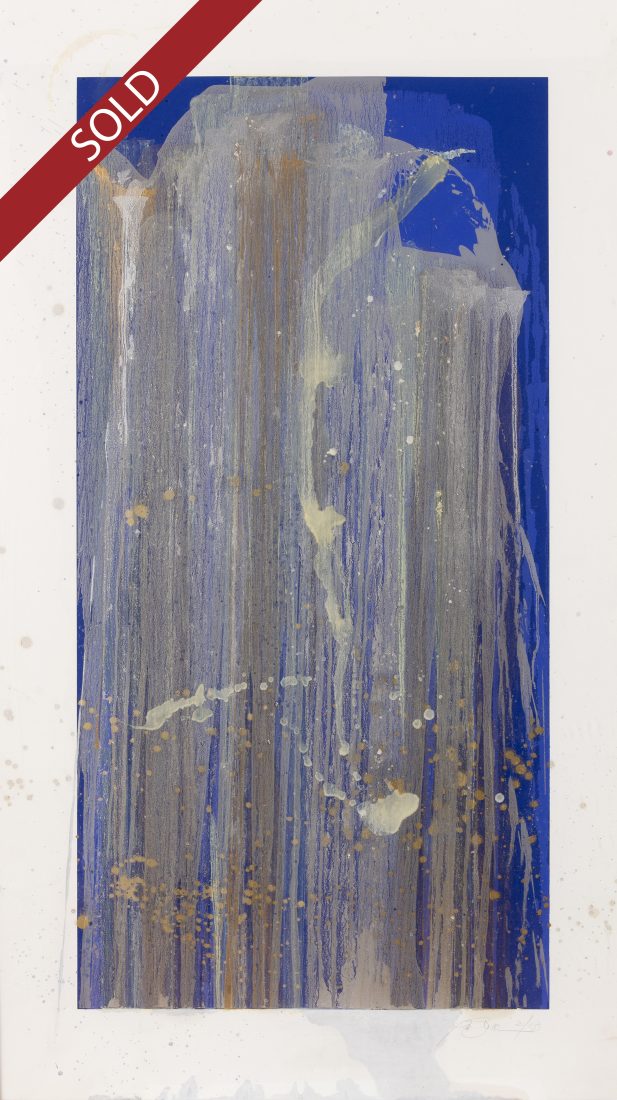 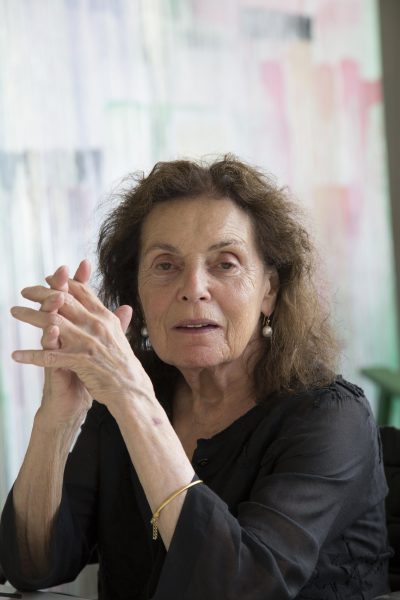 Pat Steir is an influential painter, best known for her Waterfall series of splashed, dripping paint on canvas. She first began using this method in the late 1980s, and has continued the series ever since. Her work was influenced by Color Field painting, Abstract Expressionism, and Taoist philosophy, and over the course of her career, Steir befriended and learned from many influential Conceptual and Minimalist artists of the day, including Sol Lewitt, Agnes Martin, and Lawrence Weiner.

Born in Newark, NJ, Steir went on to study at the Pratt Institute and the Boston University Colle of Fine Arts, graduating with her BFA from Pratt in 1962. She has been the subject of solo exhibitions in many prestigious museums and galleries, from the Corcoran Gallery of Art in Washington DC, the Tate Gallery in London, to Cheim & Read in New York, among many others. She is the recipient of numerous honors and awards, such as the Guggenheim Fellowship in 1983, National Endowment for the Arts grants in 1973 and 1976, and the Alumni Acheivement Award from the Pratt Institute in 2008. Steir’s work can be found in the collections of the Museum of Modern Art in New York, the Kunstmuseum Bern in Switzerland, the Hirshhorn Museum in Washington DC, the Metropolitain Museum of Art in New York, the Whitney Museum of American Art in New York, and many other institutions. She lives and works in New York.

view all works by Pat Steir