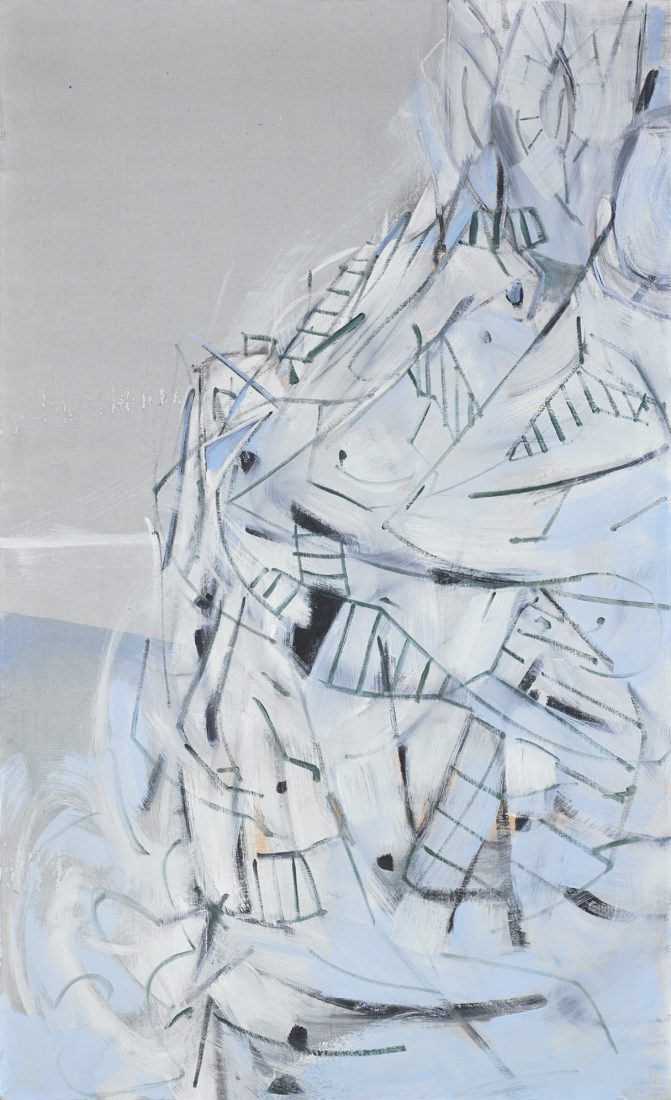 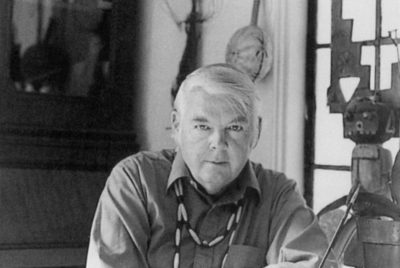 Lee Mullican was born in 1919 in Chickasha, Oklahoma. Upon his graduation from the Kansas City Art Institute in 1942, Mullican was drafted into the army, serving four years as a topographical draughtsman before moving to San Francisco in 1946.

Along with Wolfgang Paalen and Gordon Onslow Ford, Mullican was known as a member of “the Dynaton.” This group of artists, named after the Greek word for “the possible,” acted as a bridge between the European Surrealist and American Abstract Expressionist schools. Disbanding shortly after its seminal exhibition in 1951 at the San Francisco Museum of Modern Art, the Dynaton explored the subconscious mind, mysticism, automatism, and the influences of ancient cultures. Mullican remained true to these ideals but went on to develop his own personal style and imagery.

After winning a prestigious Guggenheim Fellowship in 1959, he spent a year painting in Rome before returning to Los Angeles where he joined the UCLA Art Department in 1961, keeping his position for nearly 30 years.

He divided the later part of his life between his homes in Los Angeles and Taos, traveling internationally and co-organizing exhibitions at UCLA.

Grounded in the belief that modern painting should merge abstraction and representation to best reveal the underlying order of the universe, Lee Mullican made drawings and paintings that synthesized European Surrealism, American abstraction, and Native American heritage geometries.

Mullican’s experience as a topographer during World War II instilled in him an admiration for the abstract patterns inherent in natural forms and refined his drawing abilities. Favoring contradictory visual elements, he opted for clashing yet complementary colors, building images simultaneously serene and stimulating.

Mullican painted in a style influenced by printmaking, forming ridges of paint and using the edge of a palette knife to achieve a line raised and puckered; the resulting surfaces caught light and cast shadows, ultimately assuming a tapestry-like quality.


view all works by Lee Mullican