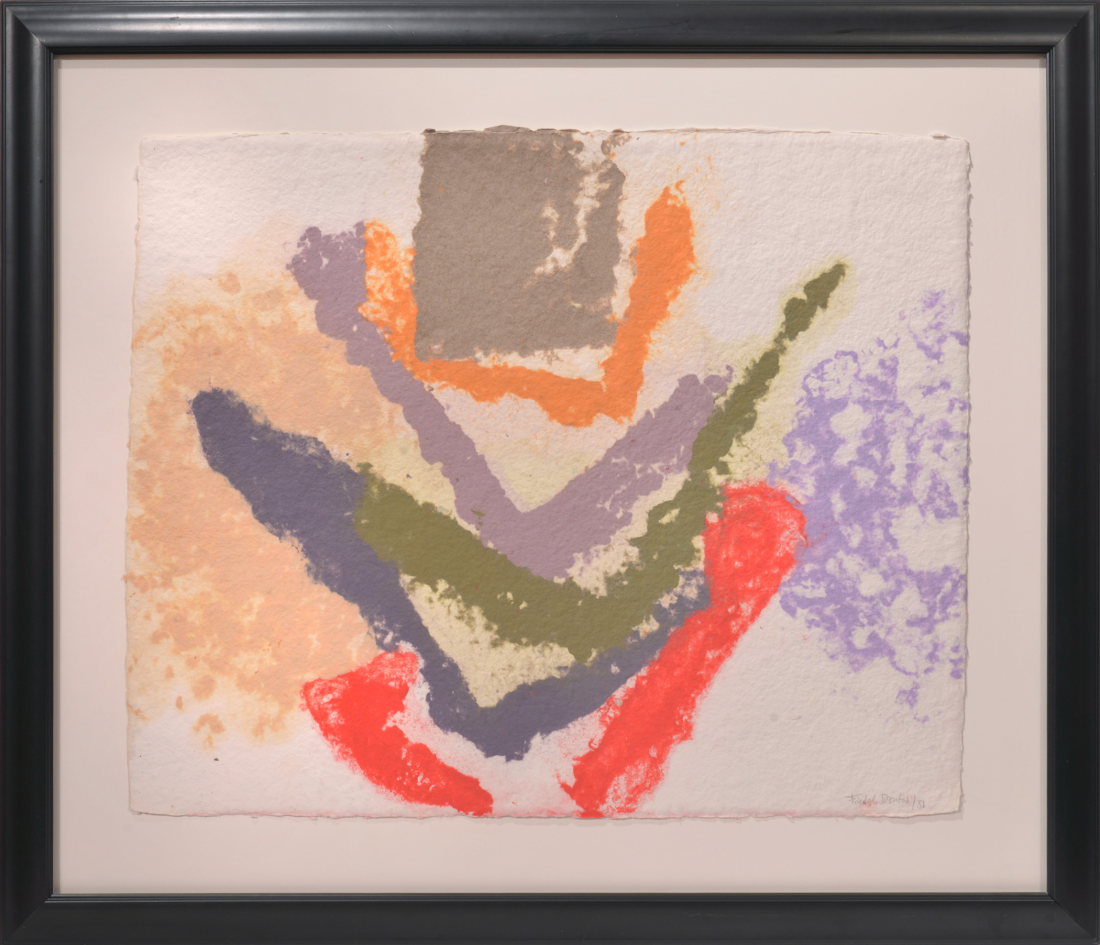 Friedel Dzubas
Friedel Dzubas (1915-1994) was born in Berlin, and studied at the Prussian Academy of Fine Art and under Paul Klee while in Düsseldorf from 1936-1939. In 1939, Dzubas fled Germany for London and the Untied States where he later became a citizenIn the early 1950s, he began exhibiting his work in New York. He had his first solo show at the Tibor de Nagy Gallery in 1952 critic for The New York Times admired his "airy explosions of shape and color," which could bring to mind storms and sea swirls. By the late 50's and early 60's, his art could also be described as "a sort of delightful rococo postscript to the baroque thunder of Abstract Expressionism," as the critic Brian O'Doherty put it in The Times.

view all works by Friedel Dzubas