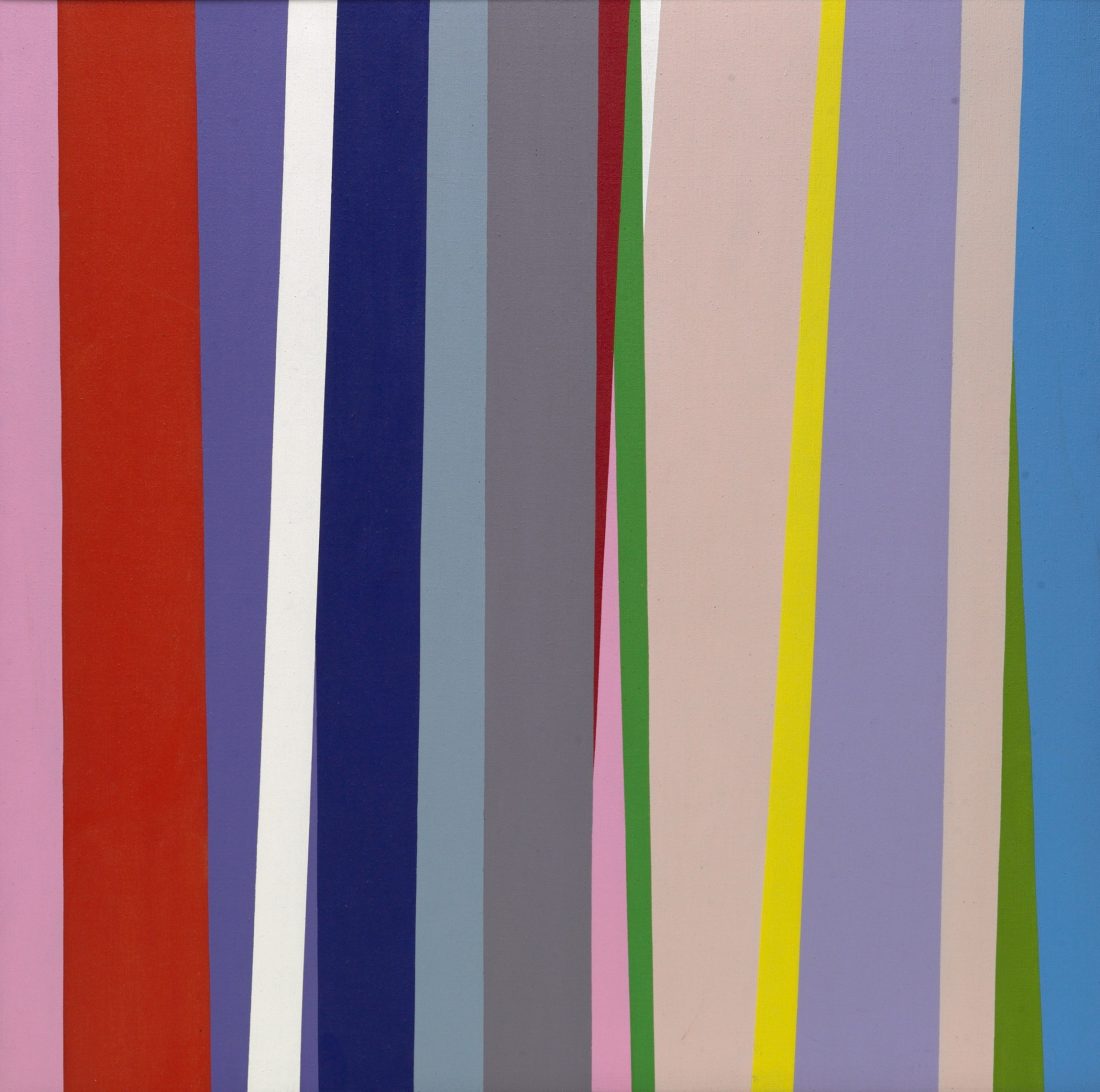 Jay Rosenblum was a native of the Bronx and a graduate of the High School of Music and Art, Bard College and the Cranbrook Academy of Fine Arts in Bloomfield Hills, Mich. He was a violinist in the Seventh Army Symphony in West Germany in the mid-1950s and taught at the School of Visual Arts.

In Rosenblum's exhibitions of the late '50s there were freely painted, flower-like, cluster forms of colors that emerged from the center of the painting. In the mid-'60s the color-forms in his paintings evolved into ragged-edged and vertical planes. Shortly after, he developed a hard edge style in which colors move up and down the picture plane. These flat curtain-like forms with their vertical emphasis, indicate space by shifts in color passages. These shapes relate to a surface depth determined by the contrasting color values. These shapes sometimes overlap, but do not indicate transparency.

Rosenblum says of his work: "The vertical forms in my work serve as a vehicle for color and also become a dramatic means of achieving movement and deep space. This becomes possible through great variation in the stripe thickness, and the sudden emergence or disappearance of a particular band of color when it overlaps another.

When these elements engage themselves in the painting, there is a great visual excitement for me. A kinship with music, in the polyphonic sense, is very strong in that simultaneously one hears lines of overlapping "music." In some mysterious way the composer can achieve this and it is equally mysterious and effective in painting when it happens.

With color, specifically, I want to be startled by some juxtaposition that becomes an exciting visual discovery. My use of color is purely intuitive and not based on any system.

The crucial moment in the painting is when the diagonal thrust of color and form locks the painting into a form that is as aesthetically absolute as I can carry it at that point."

Jay Rosenblum experimented with the "visual stripe motif" for more than thirty years. In his art, he sought to correlate his great love for chamber music with freely evolving blocks of color that, like the notes in the music, transform the work into a cohesive form of art. Rosenblum referred to his work as free association color development. The popularity of his form of expressive painting is evident from the fact that he has been chosen by City Walls, Inc. to design two wall murals in New York City.


view all works by Jay Rosenblum