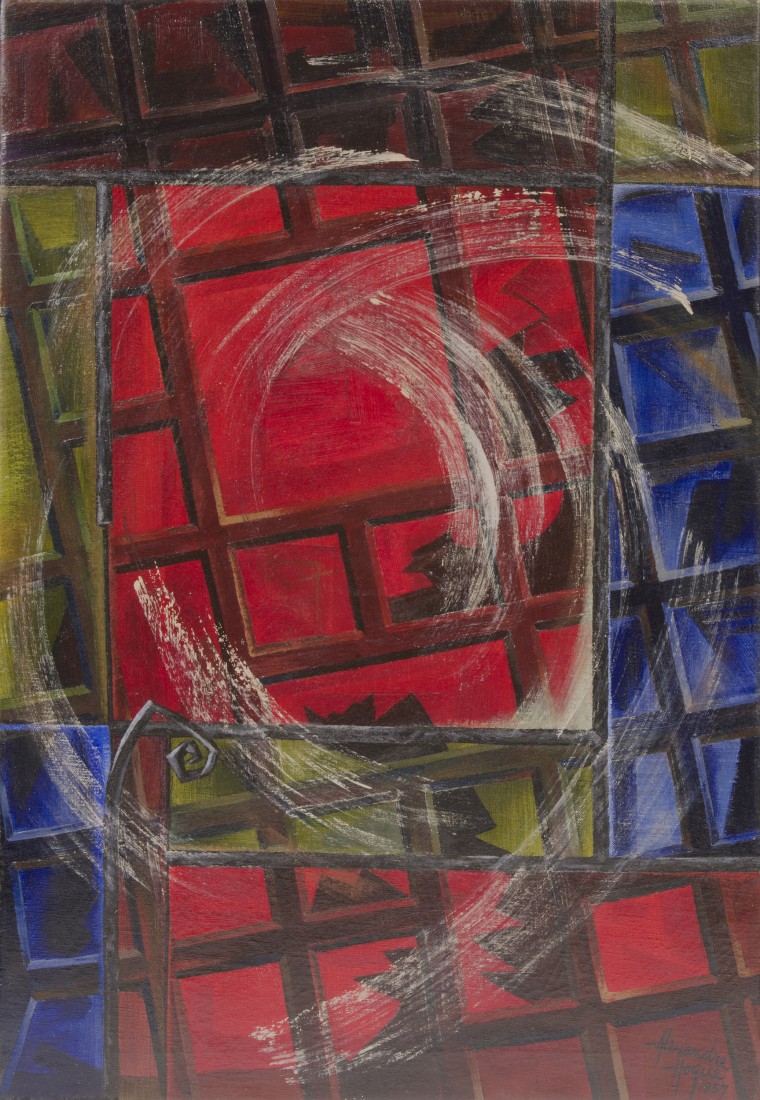 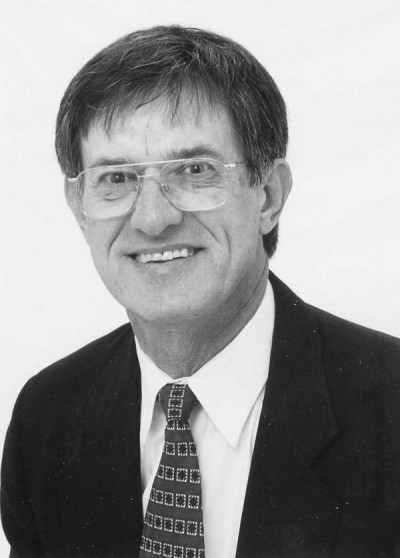 Alexandre Hogue was born on February 22, 1898 in Memphis, Missouri, to Reverend Charles Lehman Hogue and Mattie Hoover. Soon after, the Hogues moved to Denton, Texas, and later attended the Dallas-based Bryan Street High School in 1918. After a short year at the Minneapolis College of Art and Design, Hogue moved home to Dallas, where he was employed at the Dallas Morning News as an illustrator. In 1921, Hogue moved to New York City to work at various advertising firms with calligraphy assignments and to study in museums. He traveled back to Texas every summer while in New York to sketch with Charles Franklin Reaugh until he decided to plant himself in Texas in 1925 to paint. In 1931, he began teaching art classes at the Texas State College for Women and went on to become the head of the art department at Hockaday Junior College in 1936. In 1938, Hogue married and started a family with Maggie Joe Watson. During World War II, Hogue worked at North American Aviation. From 1945 to 1963, he became the head of the art department at the University of Tulsa. After his retirement from the University of Tulsa, the institution founded the Alexandre Hogue Gallery in his honor. Hogue remained in Tulsa until his death on July 22, 1994.


view all works by Alexandre Hogue