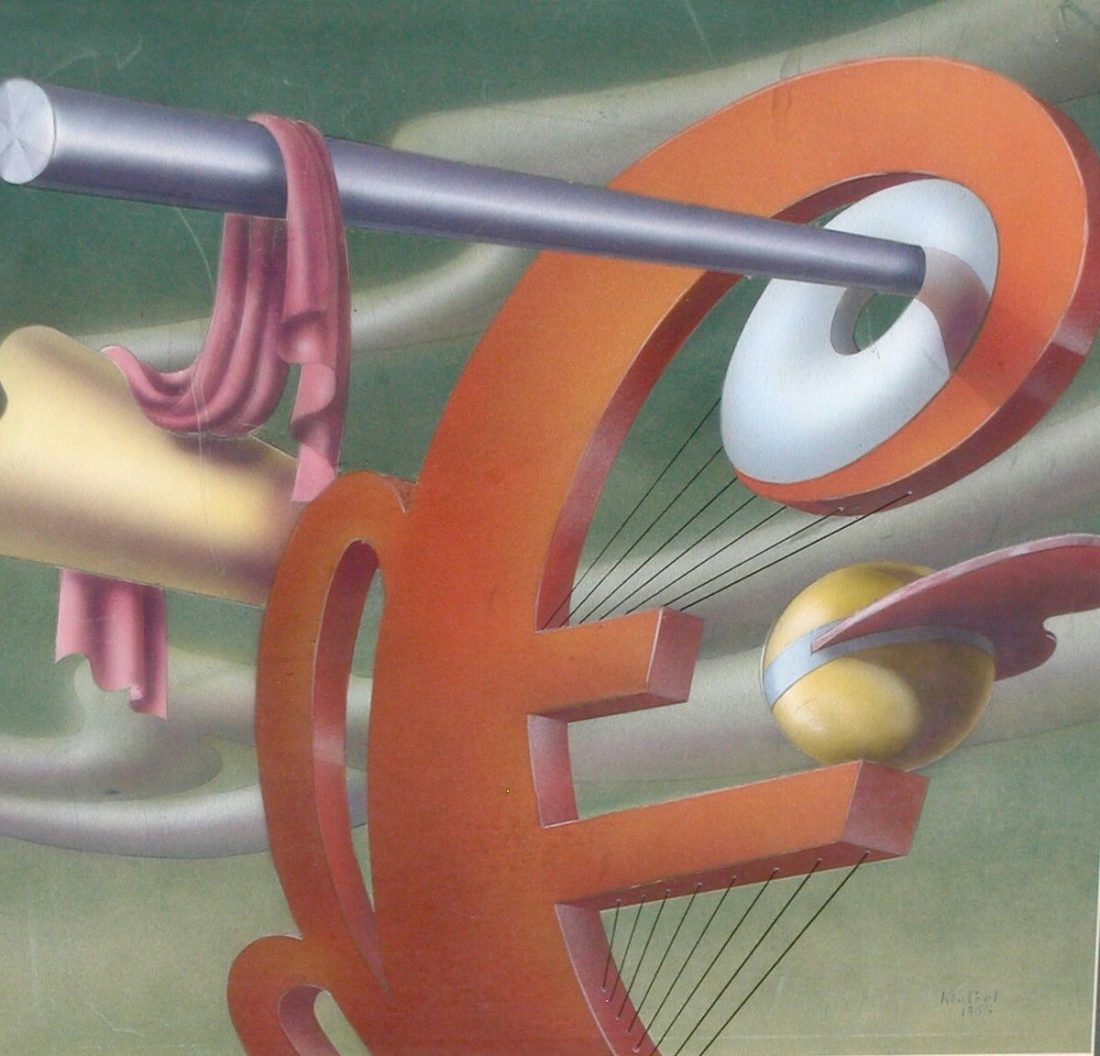 He enlists in the Army in 1942, and his occupation is listed as a commercial artist.

The Greeley Daily Tribune article dated Wednesday December 1943 reports Staff Sergeant Kenneth Pool at Lowry Field in Denver. “An artist of some renown, particularly around Cincinnati and at DeGraff, Ohio, where his mother lives, the 31-year-old sergeant came to Lowry’s armament school months ago ….” The article describes the murals painted by Pool at Lowry Air Force Base in Denver.

According to The Cincinnati Enquirer article on May 4, 1944, “Sergeant Pool, a native of DeGraff, Ohio, exhibited several of his paintings at shows in Cincinnati before he entered the service.”

After World War II, Pool remained in Denver and worked as an illustrator at the Air Force Finance Center in Denver until his retirement in the 1970s.

view all works by Kenneth Pool