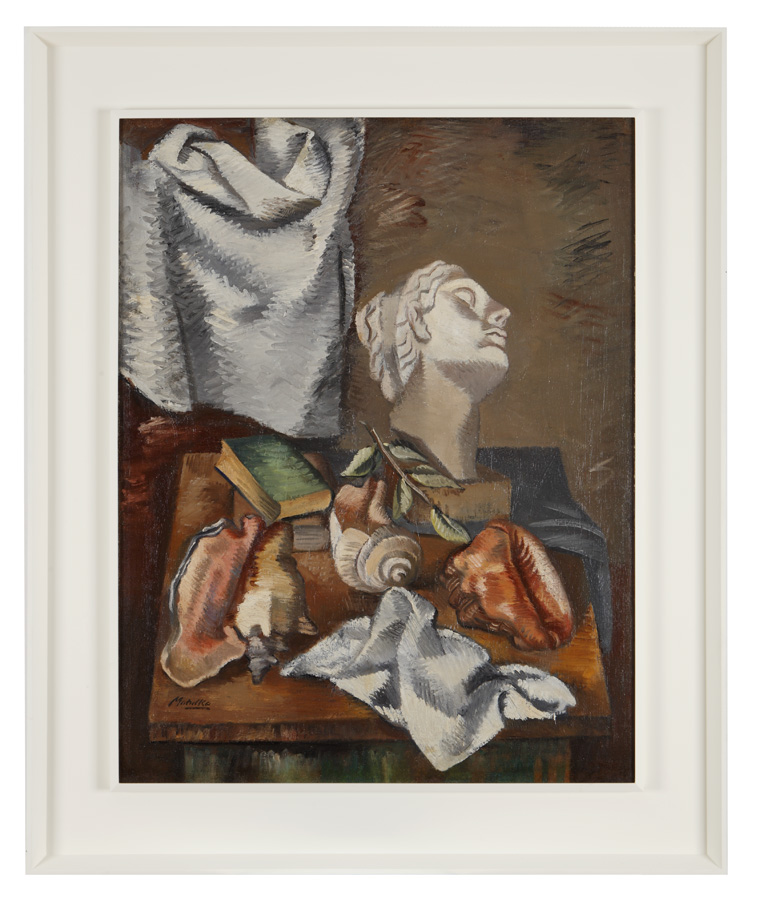 Inquire Enlarge
Still Life with Shells and Classical Head
1935
35.5" x 27.5" Framed: 45.12" x 37.37"
Painting, Oil on canvas
Signed lower left
Estate stamped verso
Matulka's enigmatic still lifes of the 1930 show a clear interest in Surrealism. De Chirico and his associates in the Scuola Metaficica are the most likely model for these works. The seemingly unrelated objects, incongruously brought together, may be read as an international representation of poetic symbolism and metaphysical solitude.