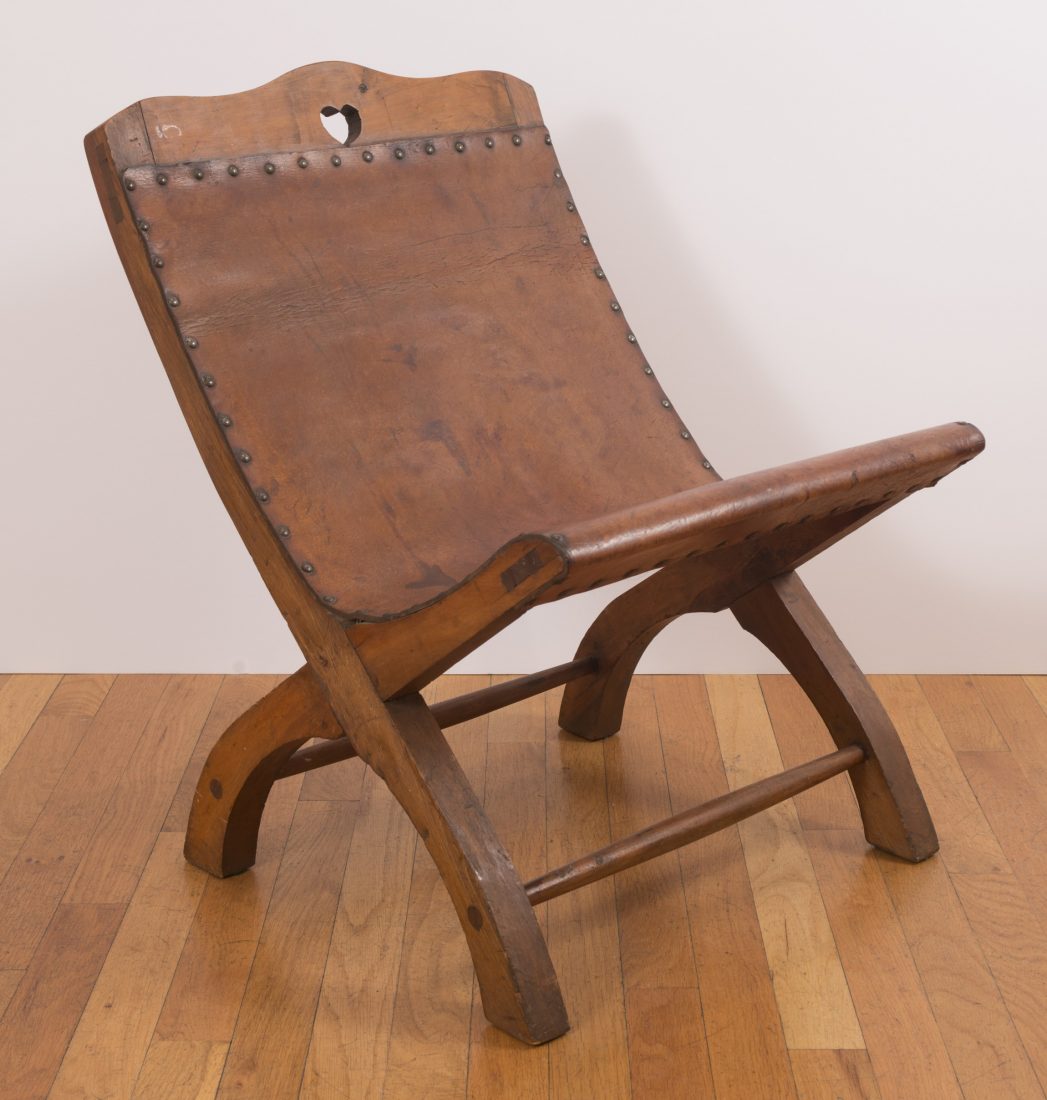 Inquire Enlarge
Small Spratling Chair
ca. 1948
25" x 19" x 20"
Furniture, Furniture & Objects, Miscellaneous, Sabino and scoop seat of tanned leather
Region: Mexico
Hallmark of the artist on the back with the word Taxco
“Butaquito” chair by William Spratling (1900-1967), American-born designer who became known as the father of Mexican modernist jewelry after his move to Taxco in 1928. In the early 1930s, Spratling created a modern redesign of the classic Spanish Colonial campeche (a.k.a. butaque) chair by eliminating ornamentation, commissioning local carpenters to hand-craft the chairs in their own workshops. 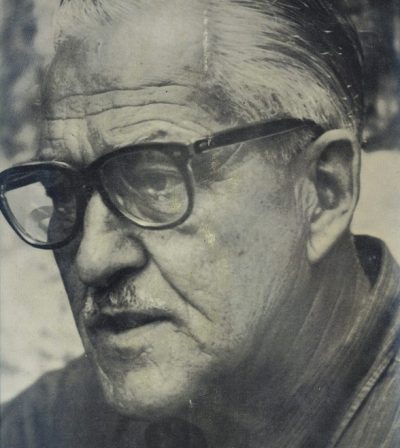 William Spratling was born in 1900 in Sonyea, New York. His father was well respected and widely known for his study and writings concerning epilepsy. After the death of both Spratling's mother and sister, Wilhelmina, in 1910, Spratling's father moved temporarily to his father's Alabama home (known as Roamer's Roost) with sons William and David as well as older daughter, Lucile. At that time, the three Spratling children became wards of their grandfather. By the end of 1912, the family had moved once more and the children were separated; each went to live with with various aunts and uncles.

In 1917 William Spratling attended Auburn University and a year or two later, during his stay at Auburn served as an instructor in architecture. Spratling moved to New Orleans in 1921 where he was an Associate Professor of Architecture at Tulane University.

During the following nine years, Spratling published articles in Scribner’s Magazine, Journal of the A.I.A., Architecture Record, and many other architecture and travel publications. He became an active part of the New Orleans literary colony during those years, and his frequent companions were Natalie Scott, Sherwood Anderson, Oliver La Farge, Frans Blom, John Dos Passos and William Faulkner. Faulkner lived with Spratling for a time, and together they wrote and published Sherwood Anderson and Other Famous Creoles in 1926.

1926 was also when Spratling visited Mexico for the first time. He returned for summers over the next several years, and in 1929, moved to Mexico. Spratling quickly was introduced to and became a welcome participant in the artistic circles of Mexico. His activities in promoting the art of Diego Rivera among New York galleries led to his participation in the first exhibition of Mexican arts held in the United States. The exhibit was funded by the Carnegie Institute and opened at the Metropolitan Museum of Art in New York. Spratling assisted in assembling the exhibit and also lent a number of his own pieces. During this same period, Spratling was working on drawings for the expanding Morrow home in Cuernavaca. Many of these drawings were included in the book written by Elizabeth Morrow, Casa Mañana.

Dwight Morrow, the US Ambassador to Mexico, suggested to Spratling in 1931 that Taxco had been the site of silver mines for centuries, but Taxco had never been considered a location where jewelry and objects of silver were designed and made. Subsequently, Spratling hired an experienced goldsmith from Iguala who moved to Taxco and created silver jewelry of Spratling’s design. Other craftsmen joined Spratling's shop and produced tin ware, copper items, textiles and furniture - all designed by Spratling. These earliest designs were based on pre-Columbian motifs as well as simple themes utilizing rope borders, strap designs and other such basic ideas. The enterprise grew far beyond Spratling’s expectations! Because he had created an apprentice system of training young silversmiths many new talented artisans had an opportunity to develop their craft. Over time many of these artisans opened shops of their own – all with Spratling’s support.

During the Second World War, U.S. department stores were unable to import merchandise from Europe, and many retail stores purchased luxury goods in Mexico. In order to meet this dramatic increase in demand, Spratling opened his company to private investors, and by the end of 1944 had lost control of his company. Early in 1946, Spratling y Artesanos was out of business.

By this time, Spratling had moved to a ranch he had earlier purchased south of Taxco at Taxco-el-Viejo. He never again lived within the town of Taxco.

In 1946, he was asked by the U.S. Department of the Interior to develop a plan for development of native crafts in Alaska, and in 1949, a group of 7 young men from Alaska arrived at Spratling's ranch at Taxco-el-Viejo and began their training. Spratling had designed and produced 200 models for that effort, but after the men completed their training and returned to Alaska, the program languished primarily due to lack of government funding. The actual benefits of the program (both for Alaskans and for Spratling) were never realized. The time, however, that Spratling spent studying Alaskan native cultures and visiting all parts of Alaska created great impact as seen in Spratling's later silver designs. His design ethic in 1949 was dramatically different from those designs of the 1930s until mid 1940. He also used new materials in combination with silver for many of these later designs.

Spratling continued to rebuild his business and had silversmiths fabricating his jewelry and object designs at his ranch. His designs were also produced by the Conquistador Company in Mexico City for a couple of years. Spratling published More Human Than Divine in 1960 and his archaeological interests not only continued but by the early 1960s seemed to take precedence over the creation of new silver designs. He donated collections of his pre-Columbian materials to the National University of Mexico and the National Museum of Anthropology in Mexico City.

Spratling has been called by many "a Renaissance Man." Throughout Mexico he is acknowledged as "The Father of Mexican Silver." Certainly the town of Taxco and its economy would be vastly different without the initiative and creativity of this man. He complemented its valuable historic past with a new vitality and spirit which recognized the importance of the indigenous culture. The artistic and economic foundation he established continues to flourish today.

William Spratling was killed on August 7, 1967 in an automobile accident just outside Taxco.

view all works by William Spratling