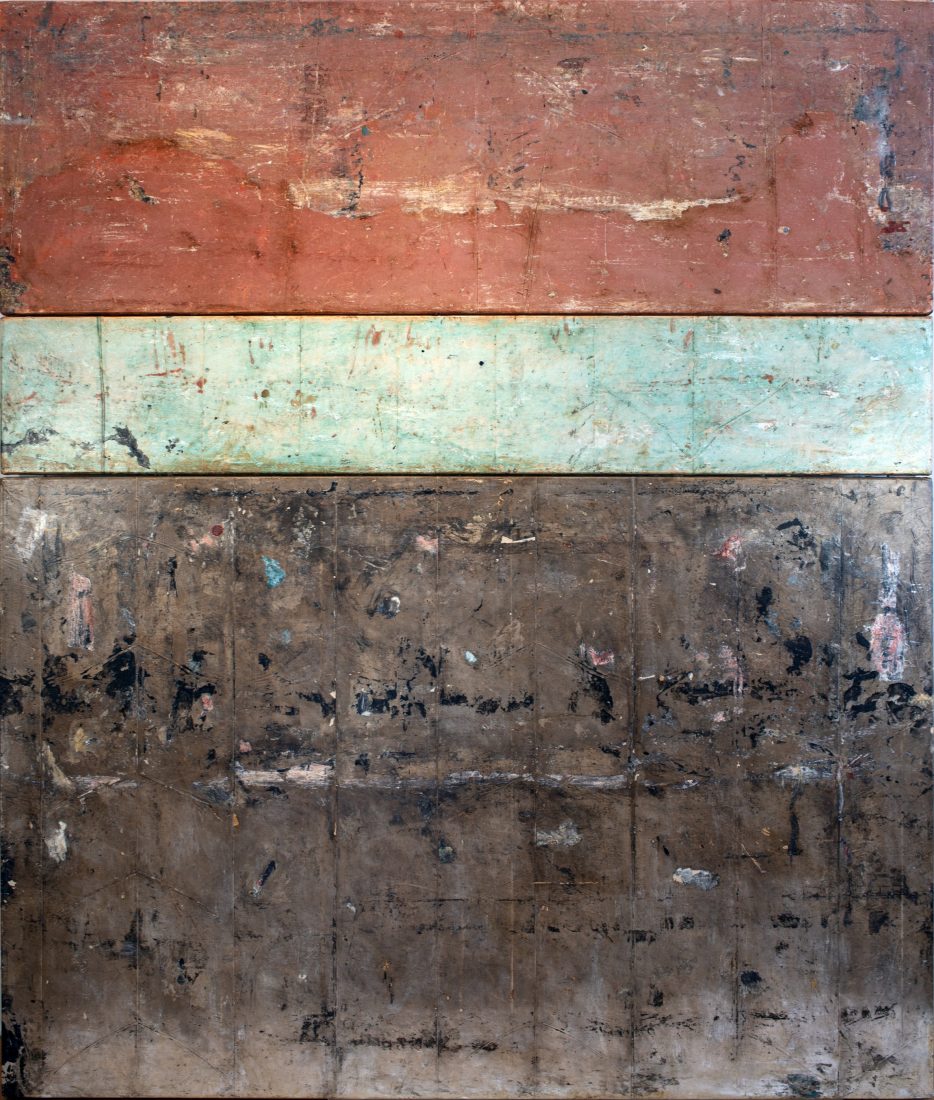 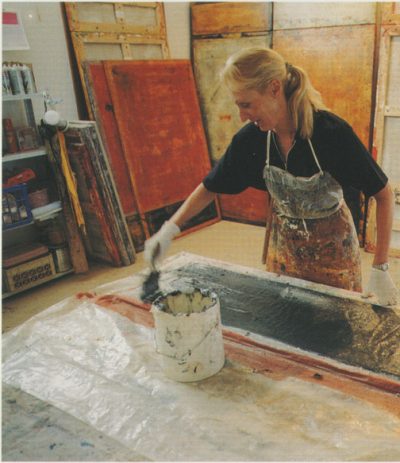 Marcia Myers was an American painter best known for her large-scale Color Field abstractions. Emulating the traditional fresco painting techniques of ancient Rome, she used several layers of marble dust, acrylic varnish, as well as historical pigments like ochre and lapis lazuli. Born in 1949 in Scranton, PA, she went on to study at the Philadelphia College of Art and received her MFA from George Washington University in Washington, D.C. After finishing school, she received a Fulbright Grant to pursue her interest in Renaissance paintings in Florence and murals throughout Italy.

After completing her MFA in painting at George Washington University and a Fulbright scholarship, Marcia began teaching Art History at the Madeira School in Virginia. She later credited her academic training, including classes on materials and methods, with giving her the confidence to push the limits with the mediums that she experimented with when creating her frescoes.

Myers died in 2008 in Pennsylvania. Today, her works are in numerous public and corporate collections around the world, including the Boise Art Museum, Boise, ID; Roswell Museum and Art Center, Roswell, NM; The Carnegie Institute, Washington, D.C.; Brussels, USEU Mission and Residence in Brussels, BE; the University of Kentucky Art Museum in Lexington; and the Denver Art Museum, among others.

view all works by Marcia Myers