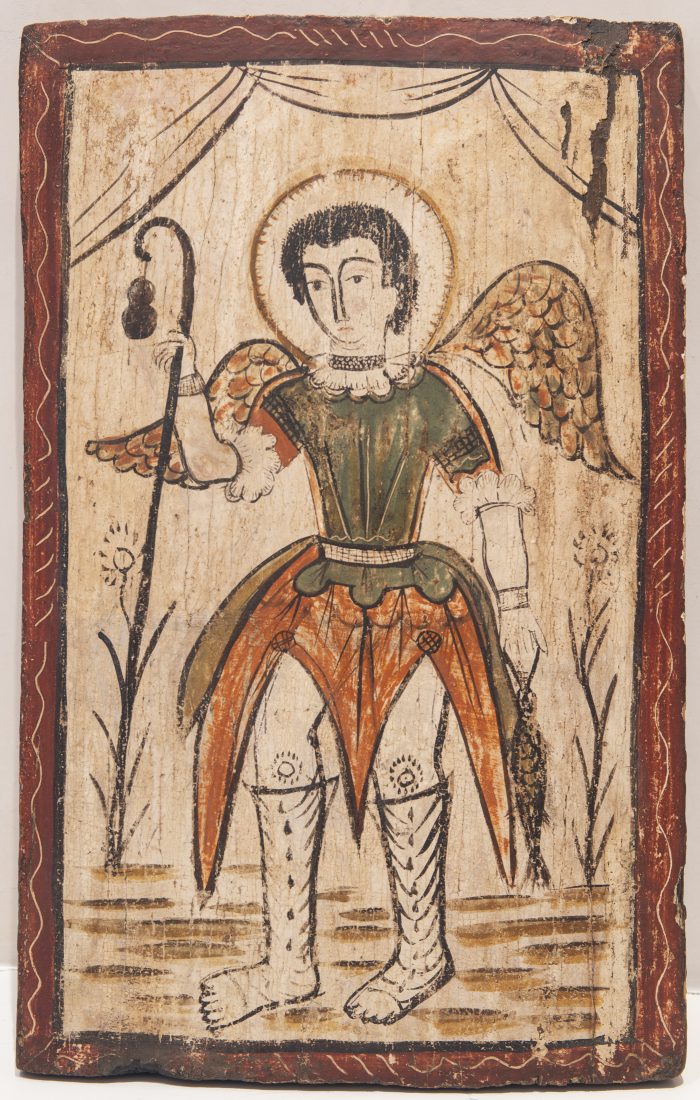 Inquire Enlarge
San Rafael
ca. 1790
16.25" x 10"
Retablos, wood, gesso, natural pigments
Region: New Mexico
Saint Raphael is the third archangel to be mentioned by name in the canonical Scriptures. His name in Hebrew means "God has healed". In the book of Tobias he was the traveling companion and protector of Tobias in his journey to find a miraculous fish that would cure his father's blindness. As Physician of God he is accorded a merciful and restorative function, being invoked for eye or other ailments and for insuring a safe journey. He is often depicted in pilgrim's clothes, holding a pilgrim's staff and a fish.

The angel's iconography shows him with a tunic, open traveling sandals, a staff with a gourd for water tied to the top, and a fish. He guides and protects travelers and especially pilgrims, he protects against demons, and he is a source of health for mind and body, especially for the eyes.

Works attributed to Fresquís span many years, dating up to the time of his death in 1831. He painted unusual retable images such as the Martyrdom of Santa Apolonia, probably as a tribute to his grandmother Polonia Vigil; the Mass of St. Gregory, a panel on the small side altar of the churches at Truchas, probably as a dedication to the donor of the screen, Gregorio Sandobal {sic}; and Santa Coleta.