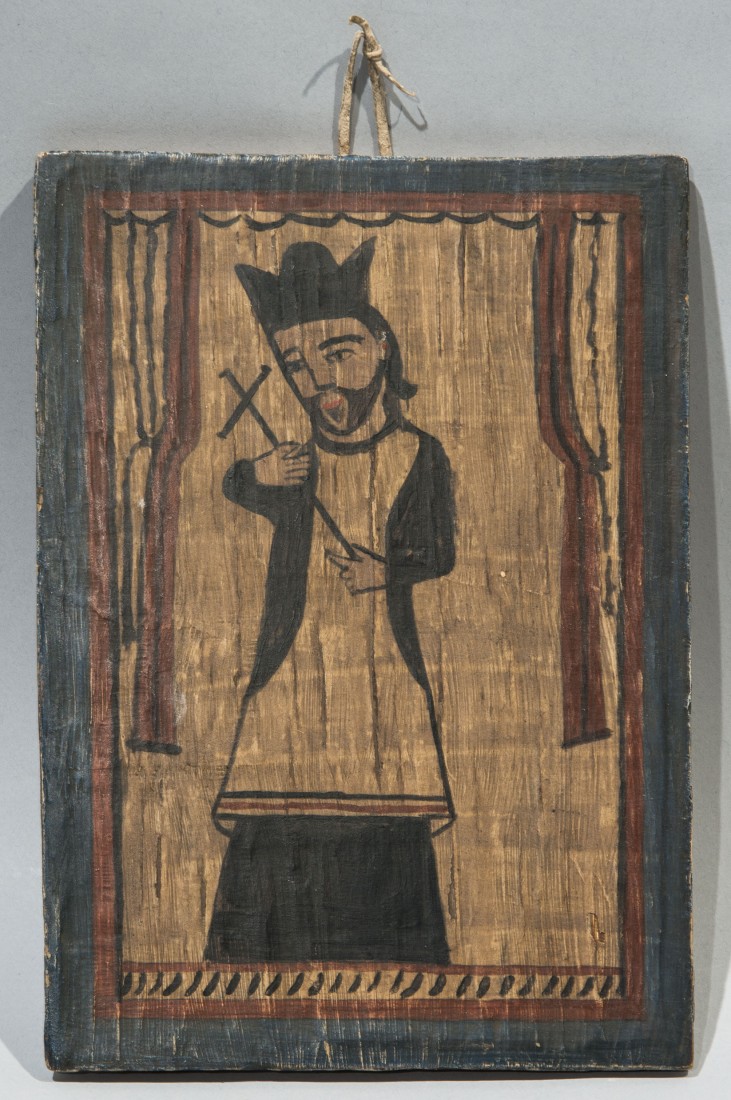 Inquire Enlarge
San Juan Nepomuceno
9.75" x 7"
Retablos, Wood, gesso, pigment
San Juan Nepomuceno was the confessor to the queen of Bohemia. He was killed by the queen's jealous husband, King Wenceslaus, when the Saint would not divulge the queen's secrets. He is the patron saint of secrecy, silence, and the Brothers of Penitence. He protects against gossip and slander, and blesses the irrigation ditch (San Juan was martyred by being drowned in the Moldau River). May 16 is his feast day.