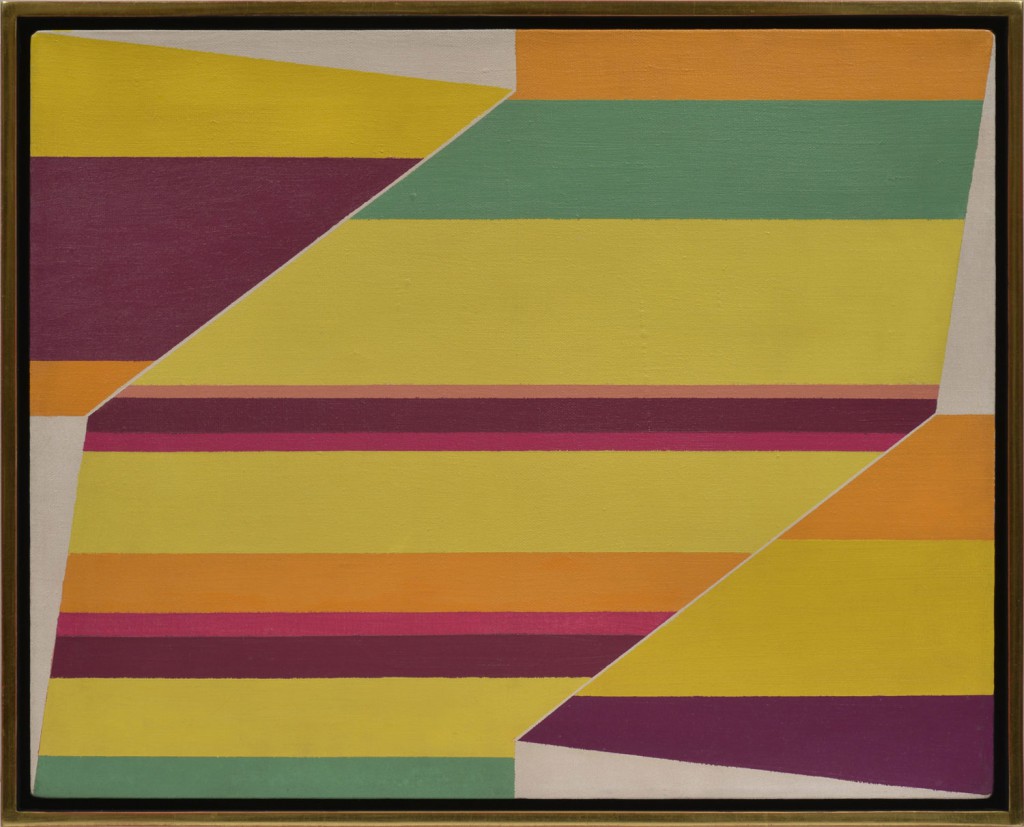 Inquire Enlarge
Rotation Series
1964
16" x 20" Framed: 17.25" x 21.25"
Painting, Acrylic on canvas
Signed verso
Zox began his 'Rotation' series in 1963 to use a standardised geometrical compositional schema as the basis for a series of paintings each different in colour. Some of the compositions, suggesting overlapping, bending etc., were evolved with the aid of plywood and perspex reliefs. By the mid-60s, his large geometric paintings were appearing at prestigious galleries.

Larry Zox
Larry Zox was an American painter and printmaker of the Abstract Expressionist, Color Field and Lyrical Abstractionist movements. Zox was born in Des Moines, Iowa but moved to New York City at an early age. He lived an artist's life, running in the circles of many prominent names in the art world.

Zox received his education at the University of Oklahoma and Drake University. He studied with George Grosz at the Des Moines Art Center. He was awarded a Guggenheim Fellowship and received grants from the National Endowment for the Arts and the Adolph and Esther Gottlieb Foundation. He was Artist-in Residence at the University of North Carolina at Greensboro, Dartmouth College, and Yale University.

His work has been exhibited in many one-person and group shows including the Whitney Museum of American Art (New York); the Museum of Modern Art (NY); Albright-Knox Art Gallery (Buffalo, New York); Art Institute of Chicago; Museum of Fine Arts, Boston; and Solomon R. Guggenheim Museum (NY). In recent years his work has been exhibited at the Stephen Haller Gallery in New York City and Rocket Gallery, London.

view all works by Larry Zox