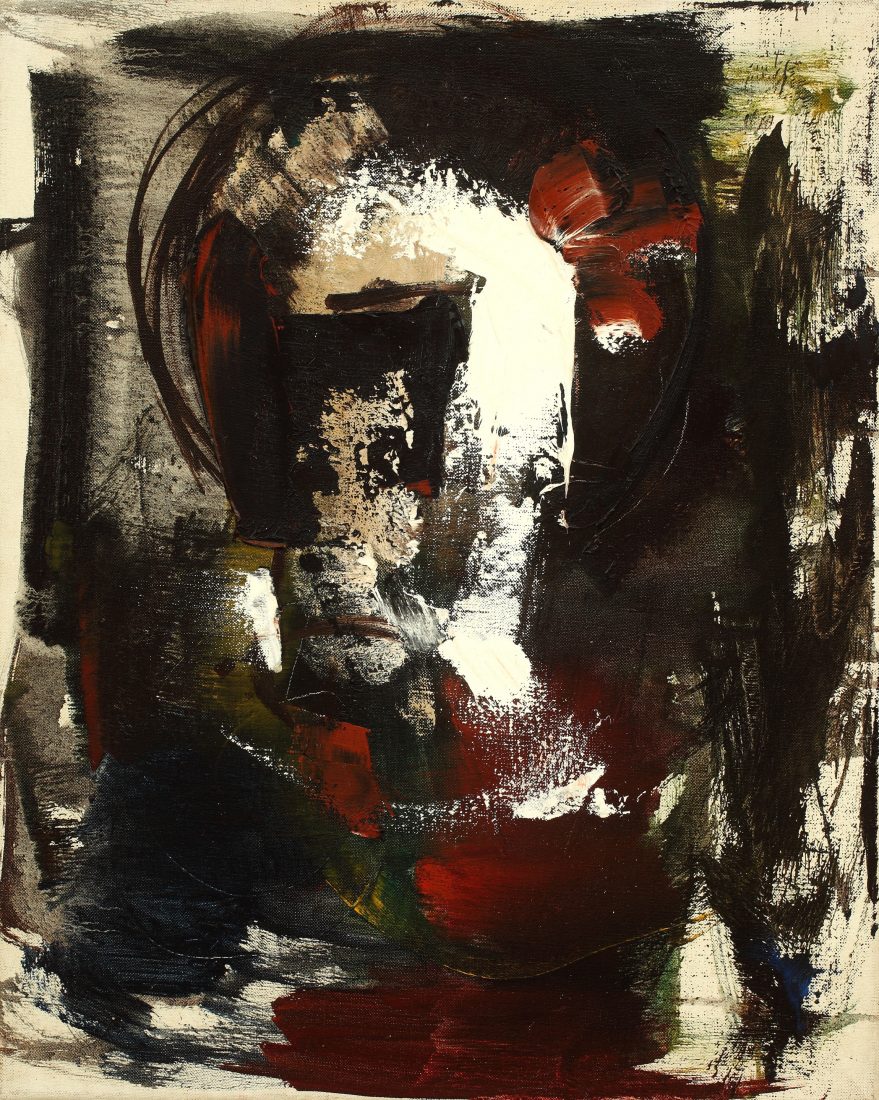 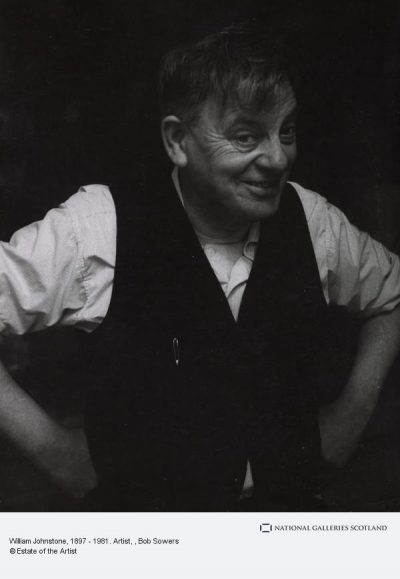 Johnstone was born in 1897 in Denholm in the Scottish Borders and grew up to a farming family. After the First World War he gave up the life of a farmer to go to Edinburgh College of Art. Here he met the poet Hugh MacDiarmid, who shared many of his political and artistic ideals. Together they formed the concept of the Scottish Renaissance to release the nation from under a centralised British arts scene. He went on to the Royal Scottish Academy Schools, winning the Carnegie travelling scholarship in 1925.

Johnstone travelled to Paris in his youth, which opened him to the ideas of modernism. He also spent time in the US, where he became interested in Indian cave paintings.

Johnstone was noted for his recruitment of a new teaching staff of fine artists which included the painters Mary Kessell (b. 1914) and Richard Hamilton, brought in to assist at the School of Silversmithing and Jewellery. Johnstone played an important and pioneering role in his teaching and promoting of 'Basic Design principles'— which he had developed from his contacts with the Bauhaus — at both the Camberwell and Central Schools.

He became renowned as a teacher, creating innovative courses and employment in teaching for such important artists as Alan Davie and Eduardo Paolozzi. In 1954 Johnstone's significant contributions to art education saw him awarded an Order of the British Empire.

In 1960, Johnstone retired and left the Central School to return home to the Borders to work as a farmer and a painter, which was to be his most prolific period as an artist.

Johnstone's work was directly related to modernism, moving away from direct representation to abstraction. Central to his work was the materiality of paint and its formal attributes. This was heavily influenced by the work of the Abstract Expressionists in America. Also key was the notion of the unconscious, as inspired by Surrealism.

His pieces also took on a very personal relationship with the landscape of his native land, in which he saw the tension between humanity and nature. Despite his abstract tendencies, Johnstone's work still retained a physical sense of the visual world.

view all works by William Johnstone