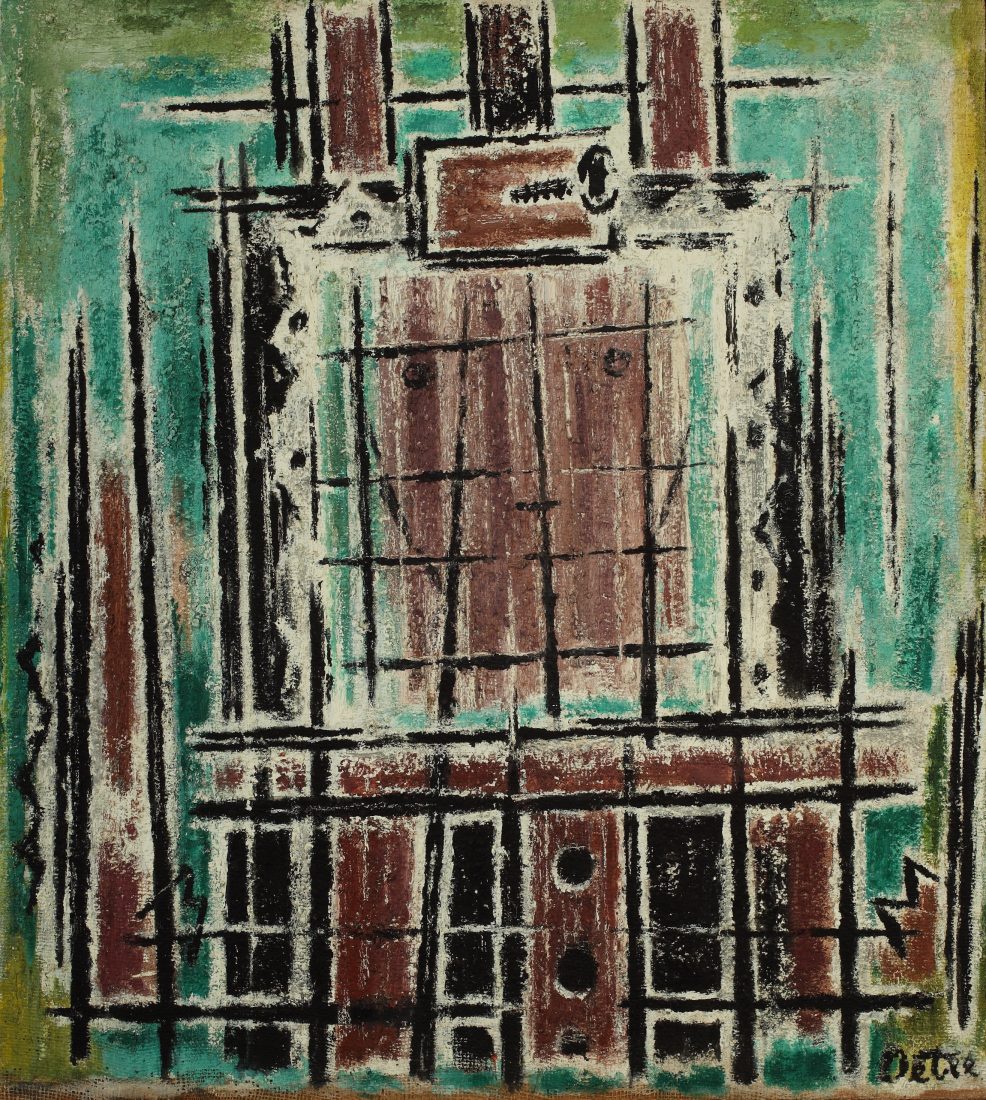 Roland Detre
Roland Detre was born in 1903 in Budapest, Hungary, and studied painting at the Budapest Academy.

He moved to Berlin in 1926 where he painted and worked retouching photographs. He was married in 1928 to Rosji Szilard. They moved to Paris in 1930 where he continued to paint.

Detre contracted tuberculosis in 1936 and moved to Switzerland to stay in a sanatorium to regain his health. He returned to Paris at the end of World War II, then moved to New York in 1950. Detre moved to Denver shortly after New York, seeking treatment for his tuberculosis at National Jewish Hospital.

Detre’s first wife Rosji passed away in 1968 and in 1978 he married Katherine Cane, sister of Colorado painter Mary Cane Robinson. Detre spent the rest of his life promoting the modern art scene in Denver along with artists such as Vance Kirkland and Edgar Britton.

During his lifetime, Detre exhibited his works in Budapest, Paris, Lausanne, New York, Taos and Denver.

view all works by Roland Detre