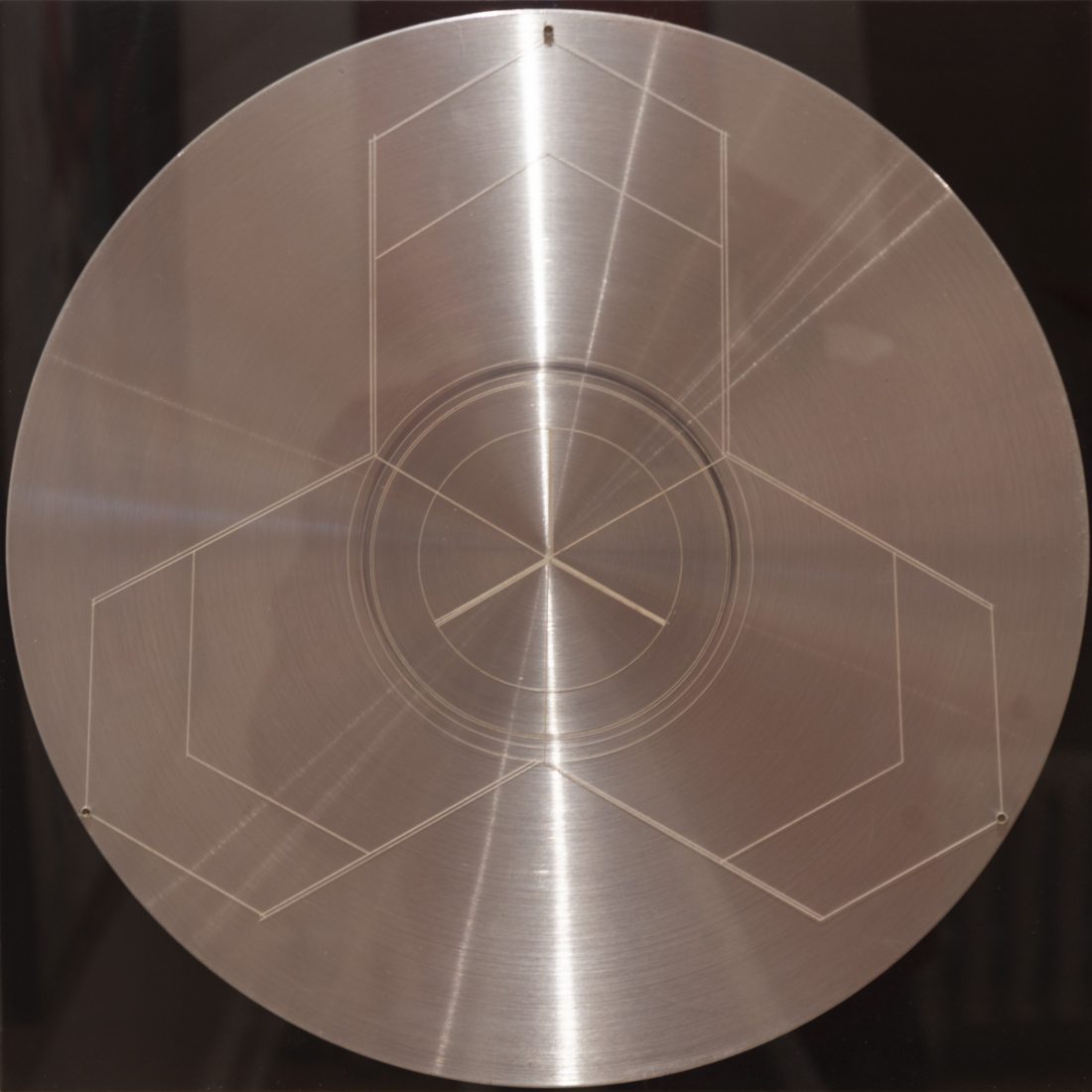 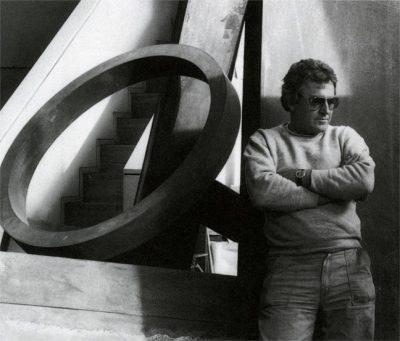 Fletcher Benton (American, b.1931), born in Jackson, OH, moved to San Francisco in the 1960s after receiving a BFA from Miami University, Oxford, OH, in 1956. In San Francisco, he taught at California College of Arts and Crafts, San Francisco Art Institute, and California State University. In his own work, he focused on geometric associations that are apparent in his later, large-scale sculptural works. Benton taught himself sign painting as a young man, and, through this process, became enthralled with the inherent geometric forms that comprise the letters he was painting. Benton initially experimented with abstract painting, but the limitations of the medium drove him toward kinetic sculpture.

Throughout his oeuvre, Benton plays with shapes, lines, balance, and movement to create gravity-defying sculptures of all sizes, as well as abstract geometric works on paper. Benton began his celebrated Alphabet series—comprised of 26 large-scale steel sculptures of the letters of the alphabet—in the 1970s, and the kinetic aspect of his sculptures became less important than its form and medium. In his manipulation of a two-dimensional sheet of metal into a three-dimensional painted steel sculpture, Benton brought a particular life to these letters, imbuing these stationary pieces with the kinetic energy found in his earlier work. In 2008, Benton received the International Sculpture Center Lifetime Achievement in Contemporary Sculpture Award.

view all works by Fletcher Benton