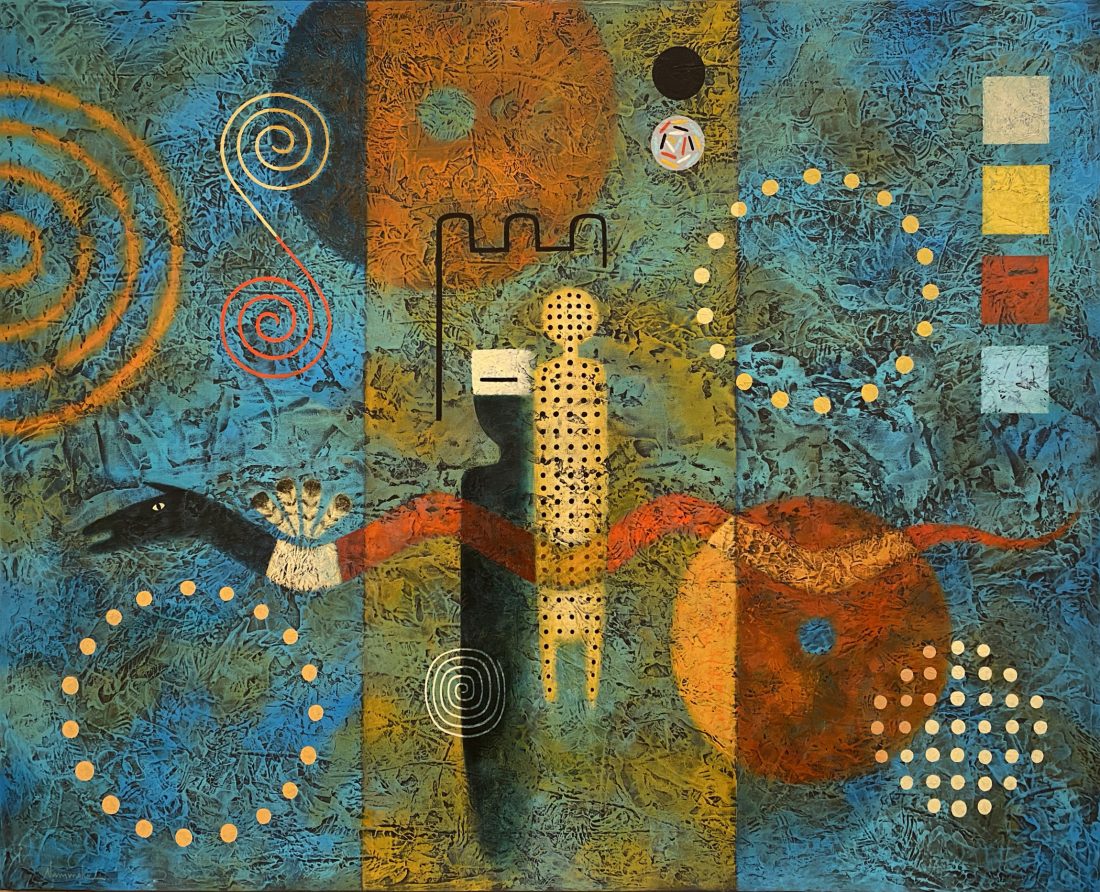 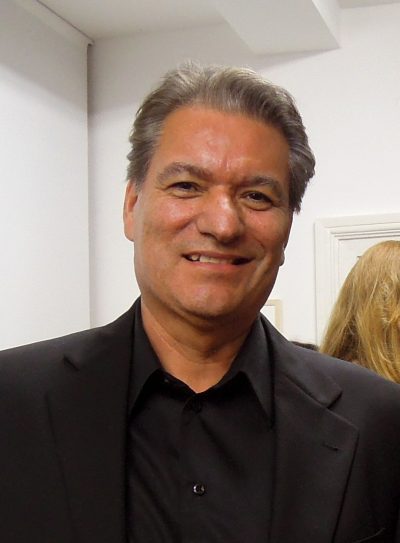 Dan Namingha was born in 1950 in Keams Canyon, Arizona. He studied art at the University of Kansas in Lawrence, at the Institute of American Indian Arts in Santa Fe, and The American Academy of Art in Chicago.

Namingha, whose ancestry is Hopi-Tewa, carries a strong family tradition of artistic expression into its fifteenth generation. His great-great-grandmother, Nampayco, is credited with rekindling the art of Hopi Pottery, which his mother and sister continue. Namingha's uncles carve some of three-hundred variations of Hopi kachinas - doll-sized, wooden renderings of ceremonial dancers who are messengers of the spirit world.

Namingha's studies at art schools and at the Institute of American Indian Arts, led him toward the new movements that encouraged experimentation with traditional art forms. That sense of freedom is what he found so alluring in the art of the Abstract Expressionists, which he first discovered at the age of ten in an encyclopedia on his Arizona reservation. The works of Picasso and Klee, for example, which borrow petroglyphs and icons from indigenous cultures that the artists themselves did not understand, beguiled the young Namingha. By imitating those masters he learned to transform, with deep understanding and authority, the symbols of his own visionary culture into contemporary art. By drawing on his 3500-year-old culture as well as his experience of modern America, Namingha gives us American art not only at its source but also at its best

His work is in the collections of The National Museum of the American Indian in New York, The Tucson Museum of Art, The Denver Art Museum, and The Autry Museum of Western Heritage in Los Angeles. e has been published in over 32 publications; has received commissions for public buildings including Sky Harbor International Airport in Phoenix; has had more than 35 group exhibitions plus more than 16 one-man exhibitions; and has received numerous awards.

view all works by Dan Namingha